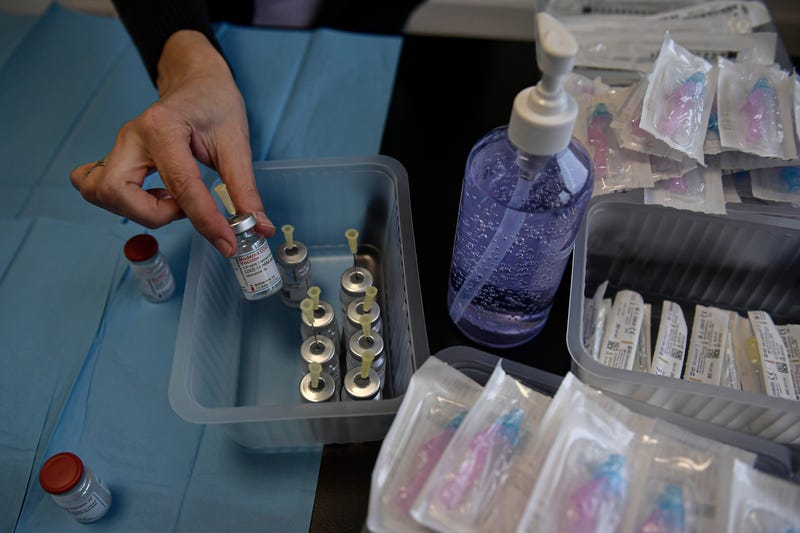 BARCELONA, Spain (AP) — Amid another COVID-19 surge, Spanish health authorities are running out of vaccines and have been forced to postpone giving shots to health workers and nursing home residents due to delays in deliveries by pharmaceutical companies.

Catalonia’s public health chief Josep Argimon said Wednesday that the northeast region that includes Barcelona will have used up all its available vaccines by Friday, when its “refrigerators will be empty.”

Argimon said this will mean that 10,000 people who had received the first dose of the Pfizer vaccine won’t be able to get their required second dose as planned 21 days later. Argimon said “in theory this should not be a problem” because the guidelines approved by the European Union indicate the second dose can be administered 21 to 45 days after the first shot.

But he said: “All these elements add more uncertainty to the vaccination scheme.”

Catalonia has also experienced a delay in receiving the Moderna coronavirus vaccine, the only other vaccine currently approved by the EU, which was supposed to arrive this week but has been pushed back until Monday, Argimon said.

Spain, along with the rest of the EU, has suffered inoculation delays since Pfizer announced two weeks ago that it would have a temporary reduction in deliveries so it could upgrade its plant in Puurs, Belgium.

The EU, however, is pressing all vaccine companies to make sure they carry out their promised deliveries.

“We believe that the European Union and Spain as a member state should take a firm stance that the contracts must be honored,” Argimon said.

Madrid regional vice president Igancio Aguado said that Spain’s capital is stopping new vaccinations in order to use what it has in stock to ensure that those waiting a second dose don’t go without it.

Aguado said the current pace of vaccinations will make it impossible to meet the national government’s goal of inoculating 70% of Spain’s 47 million residents by summer.

Spain has administered 76% of the 1.7 million vaccines it has received as part of the EU plan, according to the health ministry. Some 173,000 people have received both doses of the Pfizer vaccine.

The accumulated cases rate over 14 days per 100,000 inhabitants continued to rise and reached 899. That closely watched figure by epidemiologists peaked over 1,400 per 100,000 in the eastern region of Valencia, which has over 60% of its intensive care beds occupied solely by COVID-19 patients.

Aritz Parra contributed to this report from Madrid.