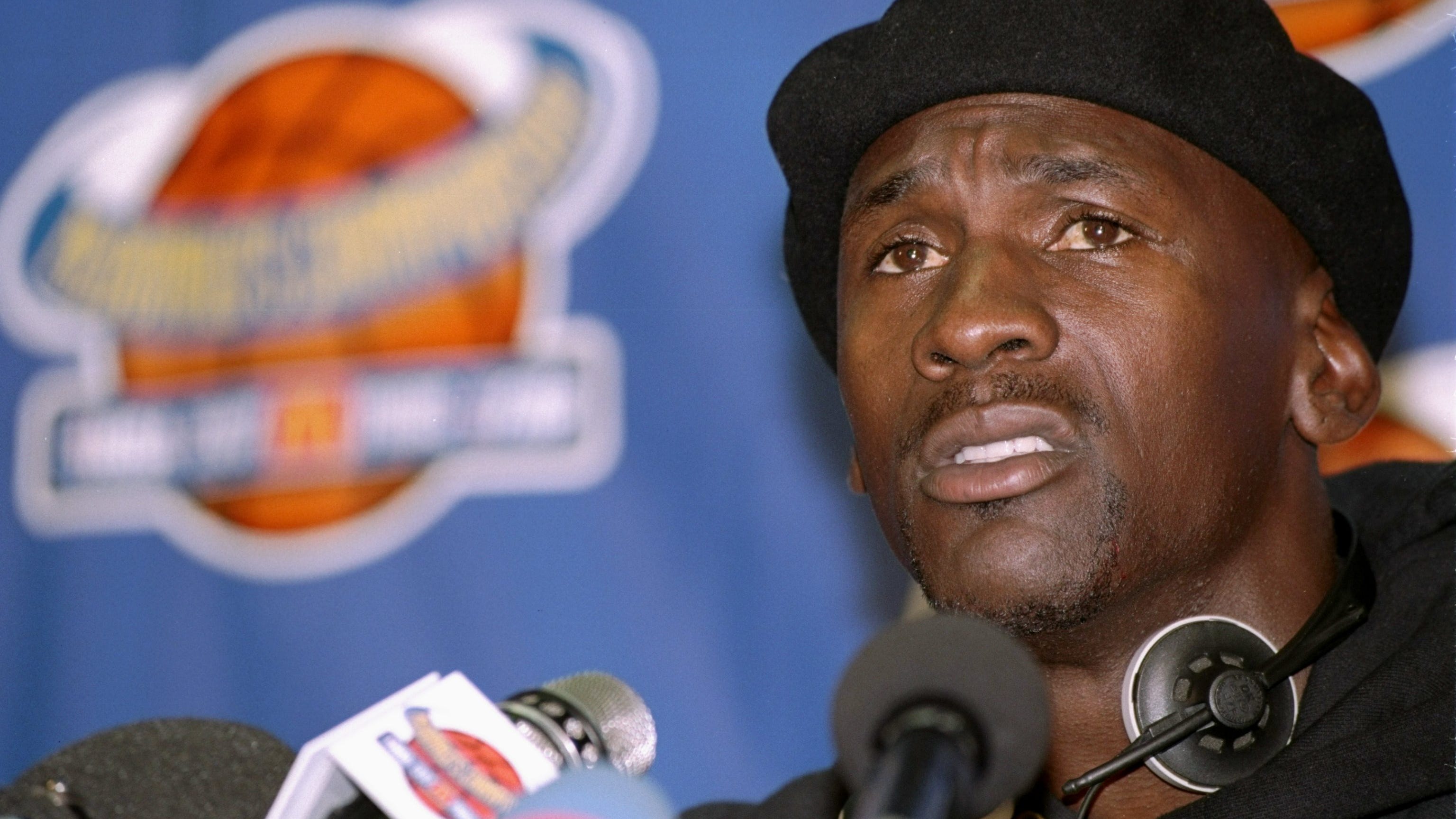 A new generation of fans are getting to experience that greatness that was Michael Jordan with ESPN's 10-part documentary 'The Last Dance.'

As it's reignited the Greatest Of All Time debate, Jordan's longtime agent, David Falk, maintains there's really no debate to be had.

"I watch a lot of NBA games, as you know, and the game evolves," Falk told The Sports Junkies on 106.7 The Fan. "And Michael, because he's such a class act, completely steers away from trying to compare himself to LeBron, or Kobe or anybody else. He says that's for the fans to do."

"But if you asked me, watching all those games," he continued, "with virtually zero defense, no hand-checking, I think if Jordan played today – if he was in his prime in today's rules – I think he'd average between 50 and 60 a game. I think he'd shoot 75 percent from the floor. If you couldn't hand-check him, he'd be completely unstoppable."

Sharing an anecdote from Rory Sparrow, a former client and teammate of Jordan's, Falk said, "I asked Rory once, because he's so smart. I said, 'Rory, you're playing with the guy now. What makes him so special?'

"And very nonchalantly, he says to me, 'Well, you know, most guys who are great scorers, if you double-team him, you can just shut him down. They'll have to pass the ball.' He said with Michael, when you double-team him, 100 percent of the time, he's gonna score on you. But if you triple-team him, half the time you're gonna be able to stop him."

"I think I missed two Finals games the entire time out of six championships," said Falk. "Now that I watch it, I realize that, unless you're legally blind, you can't possibly think that there's another player who ever played the game that's remotely in the league that he's in. Nobody. On both ends of the court. The athleticism, the smarts, the drive."

"I mean he got brutalized playing against Detroit," he continued. "I'd love to see some of today's NBA players play and get knocked down by Bill Laimbeer and Rodman, by flagrant stuff. And (Jordan) never said a word. Just came back."

Falk answered the question many viewers have been asking: What's Michael drinking?

When you see Jordan being interviewed in the documentary, Falk says it's tequila in his glass: "He has his own tequila company."

There's a scene in the documentary in which Jordan is shown a recent clip of Isiah Thomas downplaying the Pistons refusing to shake the Bulls' hands, after Chicago swept Detroit in the 1991 Eastern Conference Finals. Up to that point, Jordan's Bulls had been eliminated from three straight playoffs by Detroit, including in consecutive conference finals.

Jordan's shown getting stronger, directing his teammates to do the same in the summer of 1990, to toughen themselves up for their next heavyweight fight with the Bad Boys. When they finally got their shot, the Bulls humiliated Detroit. The Pistons walked off their home court at The Palace of Auburn Hills without ever acknowledging their opponents.

"I thought the more interesting story with the Pistons is when Isiah wouldn't shake hands, which is so typical," Falk said. "And they give Michael the iPad to show Isiah's interview, where he's giving you his classic Isiah Thomas complete con job, that no one shook hands back then, which is complete hogwash."

"I've never had a good relationship with Isiah, because he's really screwed so many people that I'm close to, including Michael," Falk explained. "He froze him out of the All-Star game in '85. He traded Adrian Dantley, who's my older daughter's godfather, when he was on the Pistons to play with his boy, Mark Aguirre."

"And it's one thing to do it. You know, it's his prerogative as a great player," he said. "I went up to him at the All-Star Game one year, when it was in Chicago in 88. And he comes up to me in the hallway in the hotel, and says in this really soft voice – like, he sounds like a choir boy – he says, 'David, I just want you to know I had nothing to do with AD getting traded.'

"I said, 'Really? Well let me tell you something, Zeke. If I believed that, I would be the only human being on earth to believe that.' And he tells you in this like super sincere way that only a classic conman could do, and expects that you're gonna believe it."