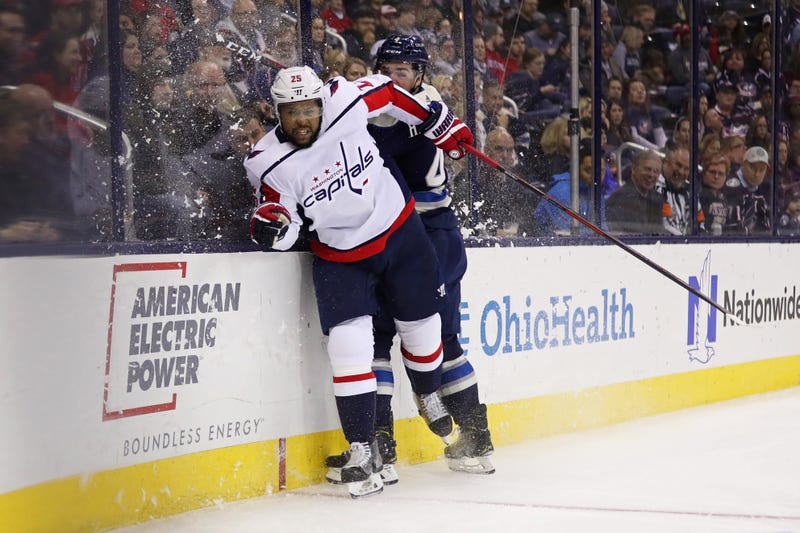 Alan May isn't surprised Devante Smith-Pelly went unclaimed after being waived by the Capitals last week.

"The reason he wasn't picked up is he hasn't had a great year," May told The Junkies on The Morning Skate, presented by D.C. Lottery. "He got off to a really bad start by not showing up in the condition that they wanted."

"Everyone expected last year's playoff performance, him to be able to build on that," May explained. "He's still relatively young. And his speed never got up to where it needs to be. We saw how great he could be last year in the playoffs, like the physicality, the speed of getting to pucks first. And everything seemed to be going his way, but he didn't give himself the competitive advantage by showing up to camp in shape and he never got on track. When I track players, I didn't have him listed all season long for an A-game. He just never got going."

Smith-Pelly last scored a goal on Nov. 21, leading to a 33-game scoring drought in which he notched just two assists. While the 26-year-old has never been a big goal-scorer – his highest output at the NHL level was 14 goals in 2015-16 – his eight points this season is the lowest total of his career. Prior to his dry spell, Smith-Pelly had registered six points, on four goals and two assists, in his first 21 games of the 2018-19 season.

"He's been given good ice time," May said. "He played up and down the lineup a little bit when we had that Oshie injury, and he just never got going. When you look at that, I'm not surprised that no one picked him up. There's pro scouts from other teams in the buildings every single night the Caps play. There's always someone else watching. And he didn't make himself available to be picked from any other team."

"One of things when I was coaching in the American Hockey League, I'd tell all the players," May continued. "I'd say, 'Screw the big team. You're trying to impress every other team in the league every game.' So how you look walking into an arena, how you carry yourself in public – you never know who's watching.

"I said, 'When we walk into a road building, make sure you look your best, let alone at home, and always do your best and be your best, because those other teams might be your future employer. Because if the other team's got you sitting in the minors, you can bet that other teams are watching you and that's who you're gonna play for in the future, is the other team, not the team that you're currently drafted with or signed by. You've got to get it in gear at all times.'"