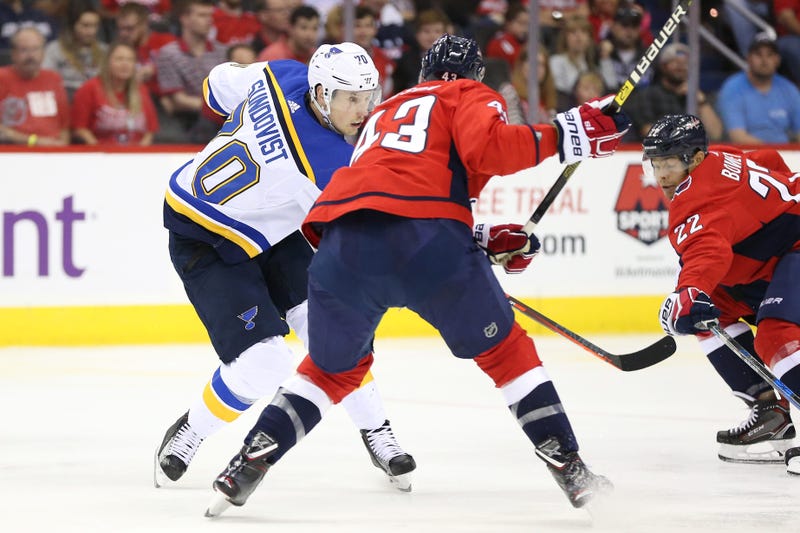 Alan May blasted the NHL's "hypocritical" suspension enforcement after Florida Panthers Mike Matheson was suspended just two games for a chokeslam on Vancouver Canucks rookie Elias Pettersson, while Capitals forward Tom Wilson was banned for 20 games due to a preseason hit on the Blues' Oskar Sundqvist.

"Tom Wilson is a targeted villain as far as the league is concerned," May told The Sports Junkies Thursday. "I'm surprised (Matheson) was suspended at all, because I've seen that hit time and time again, and no one does anything about it."

"Should he have been suspended? Well, if Wilson got suspended for 20 games for what he did, I think Matheson definitely should have got suspended for his infraction. But the league is very hypocritical in how they handle these suspensions. You can see the exact same Wilson hit 10 times a season from other players who aren't named Wilson, and there will not be a suspension."

For proper context, here are the two hits:

Here is a slow motion of the Matheson/Pettersson hit as it will be the most talked about clip of the game. pic.twitter.com/5HTGEVVpED

Wilson is having his appeal heard by NHL commissioner Gary Bettman on Thursday in New York, but May does not expect the league to take any action.

"I honestly think this suspension came down from the top, outside the Department of Player Safety," May said. "So I don't think they'll reduce it. I'll be shocked if they do."