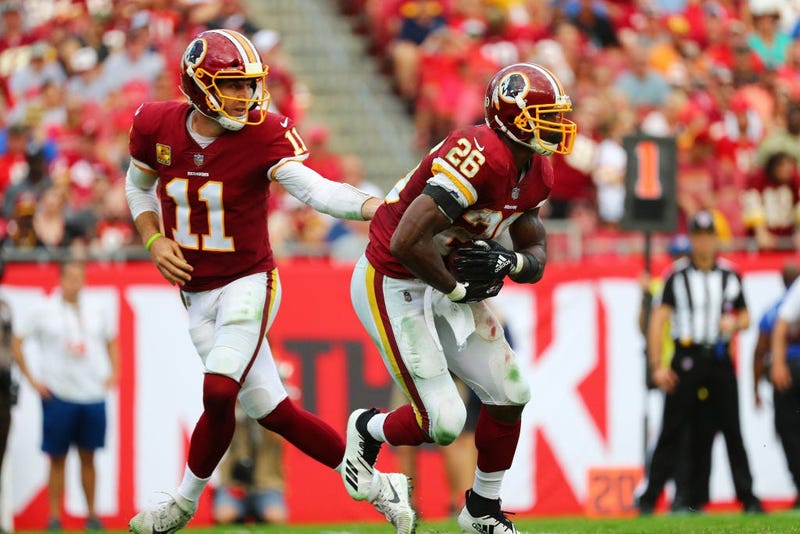 Photo credit Will Vragovic/Getty Images
By Chris Lingebach 106.7 The Fan

The Redskins have the makings of a championship team, quarterback Alex Smith says.

Adrian Peterson last week agreed with that premise, that the Redskins are "definitely" of championship caliber, possessing all of the "the tools and the potential to be that championship team," but that the second half of the season will be "really critical for us to mold and get things going" to start a winning run.

The Redskins then went down to Tampa and beat the Bucs 16-3 to improve to 6-3.

During an interview with Chad Dukes on 106.7 The Fan Thursday, Smith, as someone who's been to the playoffs six times, was asked if he agreed with his teammate.

"I think the common denominator amongst any good team that I've been on I think is the... there's kind of, and I talk about it, a little bit of that grittiness, the toughness," Smith said. "You know, no matter how you're winning, the numbers you put up – pretty, all this stuff.

"I do think that is the one common denominator," he said. "And I think we've got a team of a bunch of tough guys that are gritty and don't mind getting in a fight. So, like I said, I think we do have the makings of that. With that said, we've got to go do it."