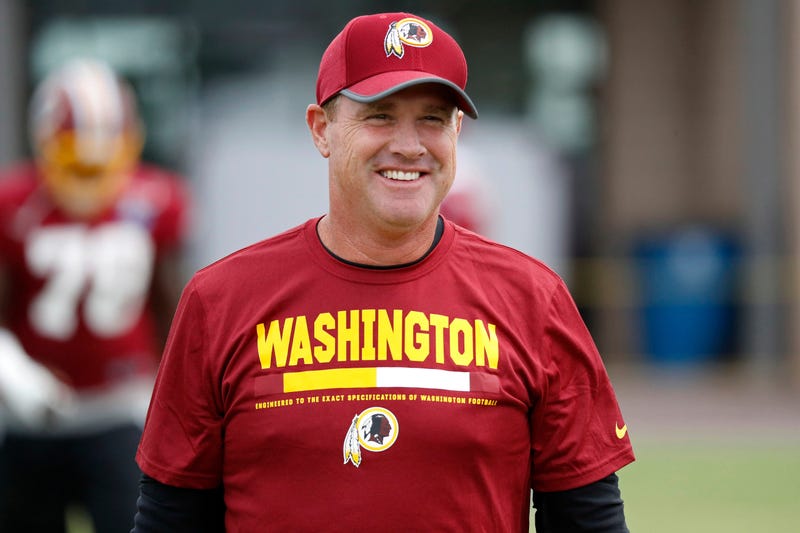 Oh, there was a long ball to Maurice Harris and lots of quick outs to a variety of receivers, but Smith is starting to work his way through the playbook as the offense diversifies over the following week before breaking until training camp.

"(Smith) still has got to learn the terminology so you have got to be careful," coach Jay Gruden said. "Sometimes you assume you've been in the league a long time and he went to Utah – he's very, very smart – you throw too much at him. We want to control our pace, but there's really not a lot we can throw at him that he's not seen. It's just a matter of him verbally communicating himself and getting used to the verbiage."

Smith jokes that versions of the West Coast offense like Washington's are all Latin languages. But it's clear Smith has burned through the translations, working on little things like floating a high ball into the end zone's corner, where Josh Doctson was making leaping catches similar to his college days that led to his 2016 first-round selection.

Maybe the Redskins use their runners a little more this season, especially as secondary targets for Smith. There's even thought to carrying a fullback for the first time in three years. Gruden is building the offense around Smith after not doing so last year with Kirk Cousins.

And Smith is checking off his list of options over offseason camps.