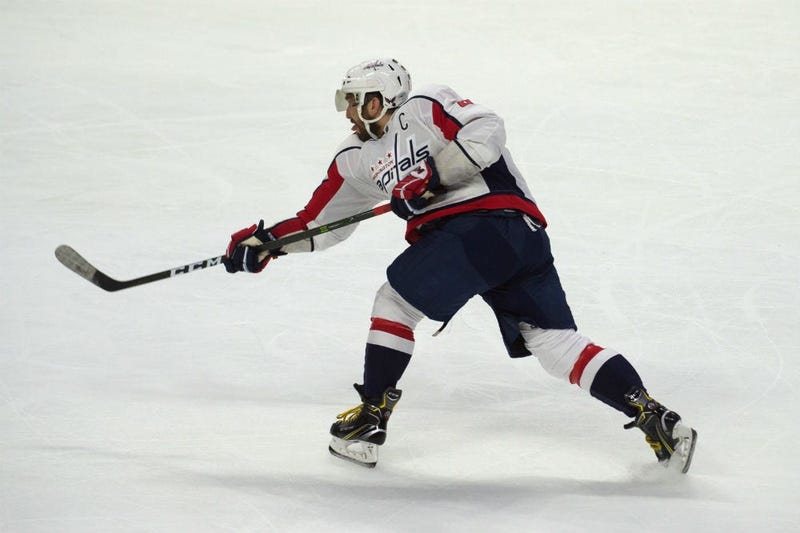 The Washington Capitals are going to continue to ramp up their intensity and Alex Ovechkin will keep firing, Alan May said on 106.7 The Fan Thursday.

"As it gets going here we're going to see them ramp up their intensity. The games are going to get more physical," May told The Sports Junkies on The Morning Skate, presented by D.C. Lottery.

"Then you look at Ovechkin, I think the best is yet to come for him this season," May said.

"I'm surprised that he's been as durable as he's been," May said of Ovechkin. "And I think as long as he continues to train the way he has the last few years, he's not putting as much stress on his body, but I think the biggest thing with him, regardless of injury, is how long he has this passion that is unparalleled by anyone in the league."

"The way he loves the game, how he exerts himself, wanting to still be the best player there is. And I think the number one thing with him is his passion and his drive, that's what separates him from everyone else," May said.

“I’m kind of the old horse over there," Ovechkin said. "But still getting recognized by the fans, so it’s very important.”

His head coach had nothing but praise for Ovi.

“He’s a generational player,” Todd Reirden said. “It’s amazing that he’s that much older than those players and he continues to get the respect that he does from the fans, and they see the effort that he’s been putting in, especially this year.”
Follow Ben Krimmel and 106.7 The Fan on Twitter.