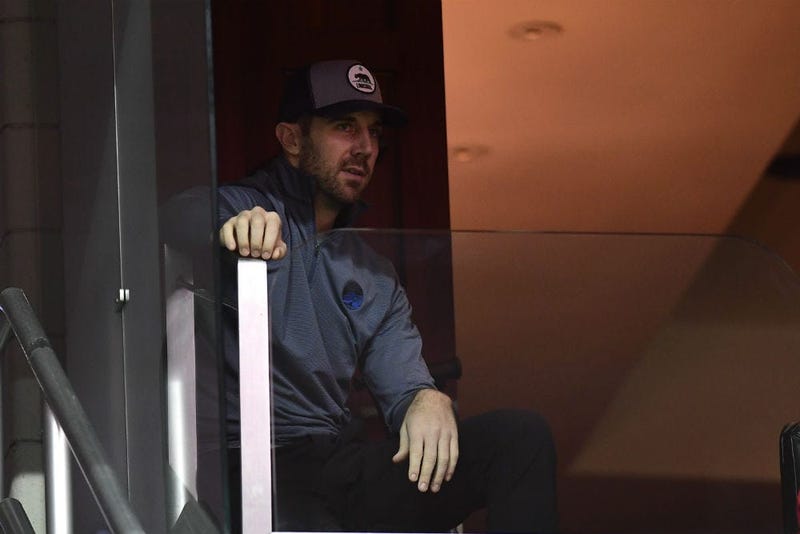 Good news and bad for Alex Smith.
Smith, who made a rare public appearance at the Washington Wizards game Monday, was spotted with a wild looking brace on his right leg.

While it was good to see Smith moving about, the contraption on his leg indicates the serious complications he suffered and casts a great deal of doubt about his football future.

The apparatus on his leg is an external fixator, "which serves to hold the bones in place since the hardware from his initial surgery had to be removed," according to David J. Chao, MD.

Chao, who goes by @profootballdoc on Twitter, was a longtime NFL head team doctor and a practicing orthopedic surgeon.

Good to see #AlexSmith in good spirits.The "contraption" on is leg is called an external fixator. I have assumed since early December this would be the case as written here: https://t.co/LrmLHLg3sO https://t.co/LcCmTDdTLl

This means even after multiple surgeries, Smith is still facing a lengthy recovery, but will not lose his leg, Chao writes.
"The bad news is he likely has several surgeries and procedures still to come," he writes, including a surgery to remove the external fixator.
"At this point, there is no way he will be ready for the start of the coming season," Chao writes. "In fact, he may never be able to play."
This further underlines the Redskins' need for a quarterback for the start of the 2019 season and beyond.

And the long road to recovery Smith faces.