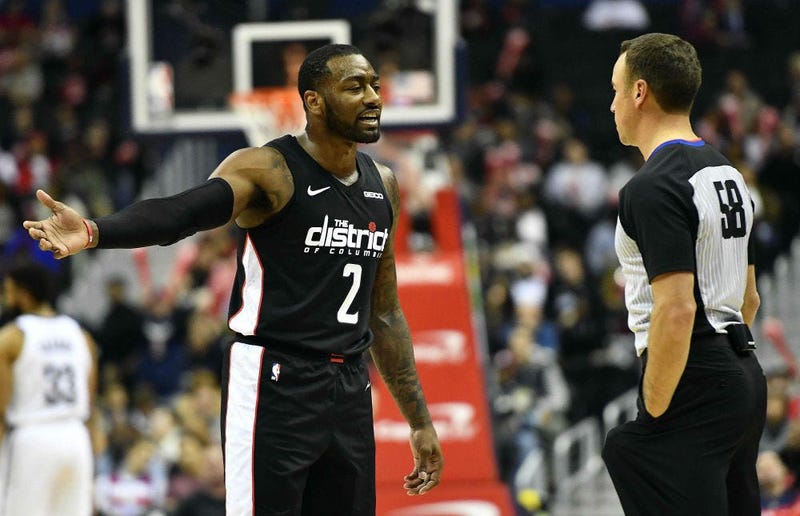 The winning had to come to an end at some point. Too many things seemed to be going right for the Washington Wizards during their three-game winning streak. That end point took the shape of a 115-104 home defeat to the Brooklyn Nets.

This was the fourth Friday night game the Wiz have played his season and the fourth loss on a Friday night. (Like many things this season for the Wizards: Not sure what that means, if it means anything at all, but there it is.)

Another Friday, another clunker for the Wizards.

Dwight Howard led Washington with 25 points, 17 rebounds, but fouled out in the fourth quarter after just 27 minutes of play. Howard returned to the court after the game to work on free throw shooting, after missing three of his 10 attempts.

At 10 pm, Dwight Howard is alone on the court getting up shots. pic.twitter.com/9uyzBBQ0Qz

It was another rough night for all-star point guard John Wall, with 16 points and seven assists on 6 of 19 shooting and 1 of 5 from behind the arc.

The Wizards as a team shot just 3 of 18 from three-point range Friday, continuing the trend of poor shooting from deep. They are shooting just 32.2 percent through 15 games.

“Hey Scott Brooks! This is unacceptable,” a fan screamed at the Wizards coach, according to The Washington Post.
What Brooks found unacceptable for the umpteenth time this season: His team's defense.

Brooks time. He's asked about lack of shotmaking. He spun the issues to the defense. "The problem was we could not stay in front of the basketball."

“We just put three good ones together and then kind of lay an egg tonight," Bradley Beal said after the loss. "We’ve got to stick with what was working, stick with our mind-set, stick with our approach, fighting through this adverse time together.”

“They pretty much got whatever they wanted," Beal said.

Scott Brooks on the Nets tonight--"They were better tonight. The score says that and the game dictated that as well. We have to regroup, figure out ways to get better tomorrow, and come back Sunday."

No, I did not watch the Wizards lose at home by double digits to a Brooklyn Nets squad missing their best player.Fire Ernie.