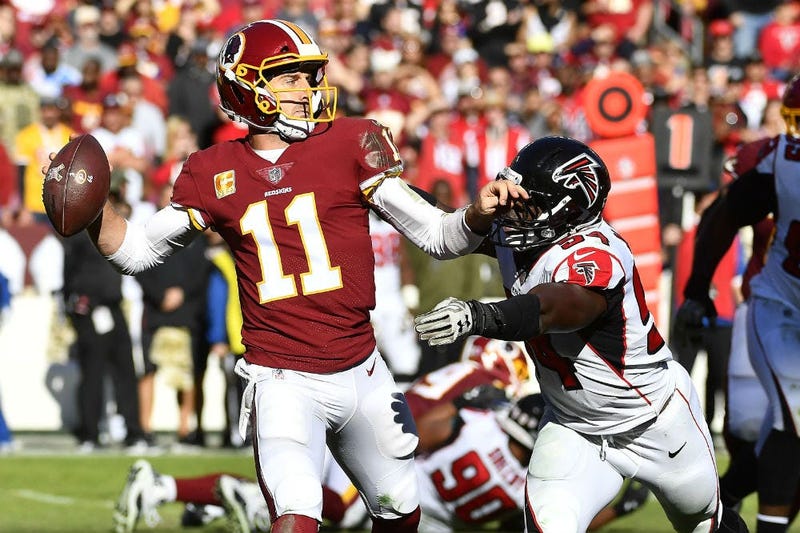 The Redskins might be 5-3 and in first place but it does not feel like it right now, does it? After losing starting guards Shawn Lauvao and Brandon Scherff, and wide receiver Paul Richardson to season-ending injuries last Sunday, the Redskins' offense could be without as many as five starters this weekend.

The good news for Washington, hitting the road for the first time since winning at the Giants a couple weeks ago, is that the high-octane Tampa Bay Buccaneers are terrible defensively. The Bucs like turning games into shootouts, which they will try to do again on Sunday. If Washington can slow the game down and keep the scoring under Vegas' projected 50 total points they will have a much better chance to win.

Here are this week's slants.

With Paul Richardson out and Jamison Crowder unlikely to provide a major impact, Harris could continue his ascent as Washington's most reliable wide receiver. The former undrafted college free agent – coming off career highs in catches (10) and yards (124) – routinely gets open. You can't say that about the Redskins' other receivers, who fail to create separation. Harris posting another strong performance will rely on Washington's patch-worked offensive line holding up long enough to allow Alex Smith to find him, but he runs enough routes around the line of scrimmage to get looks regardless of whether the line plays well or not.

Pierre-Paul was quieter than a whisper last week in a loss to the Panthers, but that should change on Sunday. He's got eight sacks on the season and a match-up where he will take his turn facing off against Ty Nsekhe and a banged up version of Morgan Moses (if he even plays) should allow him a chance to add to that total. Pierre-Paul could be moved around Tampa Bay's formation to get favorable looks against the Redskins' crippled interior as well. If he doesn't have a big game he will have nobody to blame but himself, and Washington will likely have managed more offensive production than expected.

Stat of the Week:

A win would bump the Redskins to 3-1 on the road and 6-2 in NFC play, the club's best marks in those two categories since 2008 and 2005 respectively. Playing well against conference opponents is critical because it is one of the highest-ranking metrics used as a playoff tiebreaker.