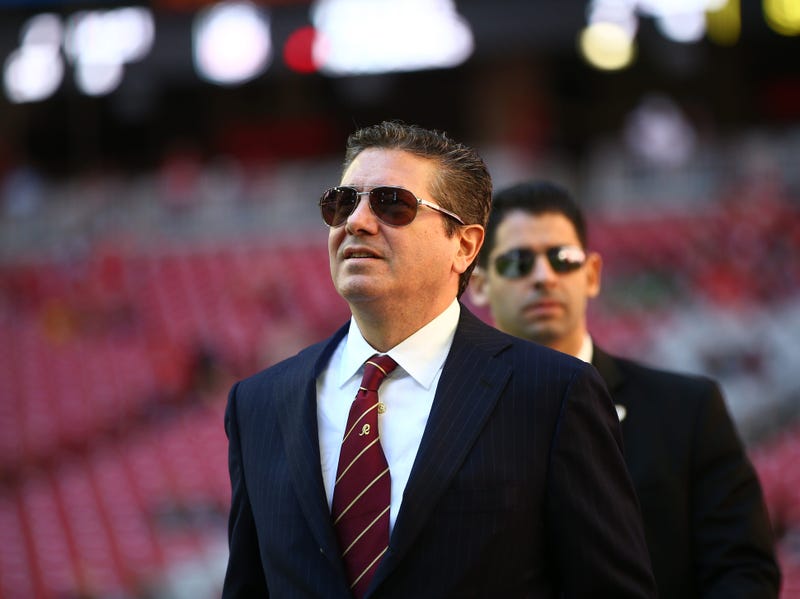 How can the Washington Redskins turn around the floundering franchise and return to a glorious past? Well, Bob Ryan had an interesting, but unworkable, idea.
The longtime sports columnist with The Boston Globe said Redskins' fans only hope is for a sports version of eminent domain.
"I'll put it this way, we have a thing in government and in real estate called eminent domain, where the government can take private property," Ryan told The Sports Junkies Thursday. "There should be a sports eminent domain so you can have a citizen revolt where you can seize that team from its current owner."

"I think that would be a good start," Ryan said.

While Ryan is being flippant, the Fifth Amendment's public use clause does allow for private property to "be taken for public use" with "just compensation." However, it would be impossible for the government to seize the franchise from owner Daniel Snyder by claiming public use even if the on-field play gets worse and worse.

Collapse: Timeline of the 2018 Redskins' demise

"It's shocking to me," Ryan said of the Redskins current state of affairs.

"It's sad and it's wrong. And, you know, you just wish you could do something about it, but you are powerless as a fan other than, you know, voting with your rear end by putting it somewhere other than in the stadium. It's too bad and it shouldn't be," Ryan said.

In 2018, the Redskins had the lowest home field attendance in the NFL, with just 74.4 percent of the FedEx Field filled. Dwindling home crowds were a constant issue last season with many players speaking up about the issue.

"It's embarrassing," Ryan said, "But, I don't know, maybe (Snyder's) beyond embarrassment."