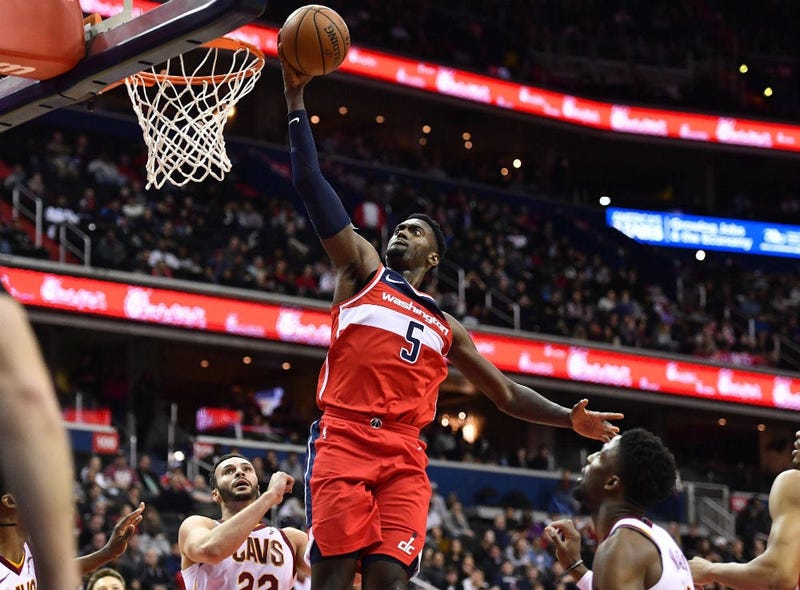 In his Wizards debut, Portis poured in 30 points in 27 minutes off the bench.

After arriving in a trade that saw Otto Porter leave for Chicago, Portis made his mark immediately, going 6-for-6 from the floor and scoring 16 points in the opening quarter.

Bobby Portis (16 PTS) goes 6-6 from the field in the 1st quarter of his @WashWizards debut! #DCFamily----: https://t.co/L3VurkatG8 pic.twitter.com/mNNqghpwcd

Portis didn't disappoint Wall and became the first player in NBA history with back-to-back 30-point games for different franchises in the same season, per Elias.
Rouhier: Grunfeld's Wizards are 'embarrassing'
Not to be outdone, Jabari Parker who came to Washington in the same deal, filled the box score with 11 rebounds, 9 assists, 7 points, and 3 steals in 23 minutes off the bench.

Is that Giannis or Jabari Parker?! pic.twitter.com/xPIYZ8rUmC

“He was a great pickup, and that’s an understatement,” head coach Scott Brooks said postgame. “Great pickup. I won’t expect him to have 30 every night, but I like how he plays. He knows how to play. He plays hard."