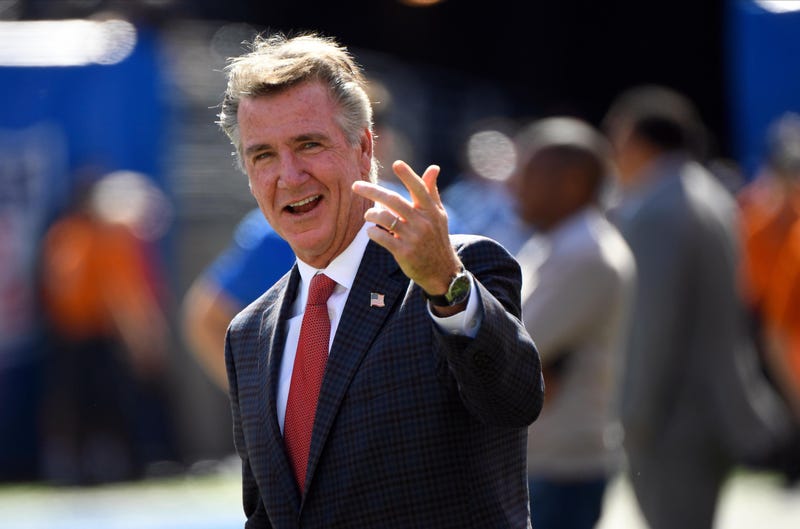 Washington Redskins team president Bruce Allen, who has been seen as one of the few untouchables in the organization, may no longer be as secure in his position with the team as once thought.

NFL Network's Mike Garafolo reported Saturday "I really do believe based on all the conversations I have had with sources, that everything is up for evaluation in Washington after this season."

When asked specifically about Allen, he repeated himself, "Everything is up for evaluation in Washington," before adding the only person who could speak for certainty about Allen specifically was Snyder himself.

"Dan Snyder understands that something needs to change something, something drastic needs to change," Garafolo said. "I'm telling you, for the first time, I'm really feeling like they are evaluating Bruce Allen's role with the team going forward."

The Washington Post followed up with a report that also said the Redskins owner was planning a complete evaluation of the organization after the season and this evaluation could include a "deeper assessment" of Allens's time with the Redskins than any evaluation in year's past.

The "we have a few weeks to go" is exactly this. There's also some scenario that's not 0% where not only Bruce survives, but Callahan gets the full time job b/c they won a few games and "discipline" was viewed as the reason why. He and Bruce are close. https://t.co/tGOoJXgeh1

The Post noted Snyder has typically held these year-end evaluations with a small group of advisers, including the team president, and done them outside of the team's headquarters in Ashburn. During a session in Jan. 2019, Allen was able to re-assert his control of the franchise following the dismissal of Brian Lafemina, who was Washington's president of business operations for eight months in 2018.

However, The Post reported a person familiar with the owner's postseason plans cautioned against people reading too much into this year's evaluations. In fact, after the January meeting, Allen received a de facto promotion.
This week, Joe Theismann told The Sports Junkies changes may be coming, but he doesn't know what those changes may be.
"Dan will make whatever decision he feels is necessary," Theismann said. "You have to assume that when you're 2-9, that you're in a situation where you have to make some kind of changes not just on the football team, but everywhere."

However, Theismann said he believes the Redskins need to hire a general manager.