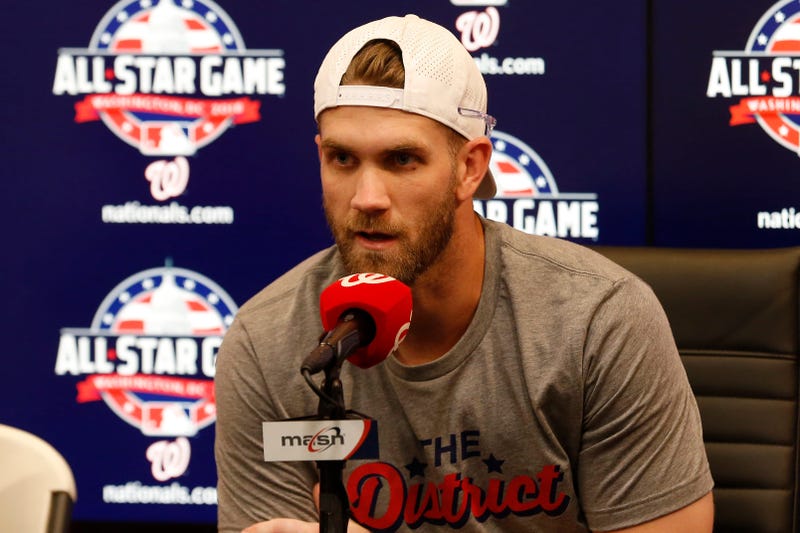 Bryce Harper has done a good day's work before even taking the field for the Home Run Derby tonight at Nationals Park.

It’s a beautiful day for a ball game... and field dedication! Join us at 11am when we join @MLB the @Nationals and Nats Dream Foundation to dedicate Bryce Harper All-Star Complex at Fred Crabtree Park. 2801 Fox Mill Rd, #Herndon ⚾️⭐️ #allstarweek https://t.co/PE3RvNRrCV pic.twitter.com/lxY44PMJSf

"Growing up, you always wondered what field you were going to play at, and seeing that you were playing at a nice field that day, there was nothing better," Harper told MLB.com's Zach Silver. "Being able to have these kids play at my field each and every night is pretty incredible. Very excited for them."

.@Bharper3407 gave some lucky kids the first look of his -- cleats during the Bryce Harper All-Star Complex dedication at Fred Crabtree Park in Virginia. pic.twitter.com/POrVBu04Sv

Harper's time in D.C. could possibly be coming to an end after this season, but his impact on the area will certainly be felt for far longer, as evidenced by the local complexes now bearing his name.