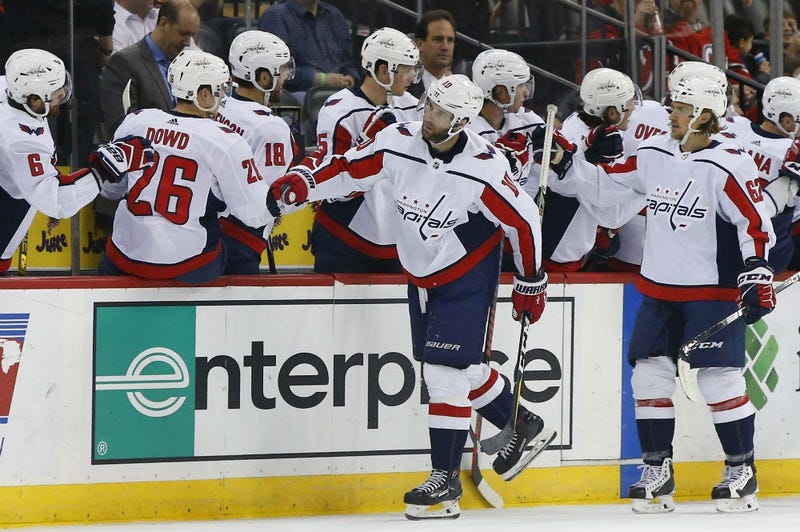 The Stanley Cup champion Washington Capitals are doing what the Philadelphia Eagles and Golden State Warriors did not do while defending their titles. They are planning to visit the White House and the President of the United States.

As a team and organization, they'll visit on Monday at a time that has not been announced yet.

Because of the unique political climate that we live in - a trip that used to be held in complete reverence is now shrouded in controversy.

The Capitals did what nobody thought they could do on the ice last spring and they continue to reap the benefits. However, that doesn't mean everyone is on board.

Brett Connolly, a first-time 20-goal scorer and a key contributor has already said that he's not going to visit 1600 Pennsylvania and President Donald Trump, just a stone's throw away from Capital One Arena.

Connolly's decision is at least, partially, thought to be in support of Devante Smith-Pelly, who was a playoff hero last year and is currently playing in Hershey after being waived by the Capitals last month.

On Wednesday, the Caps returned home for a rematch with the Tampa Bay Lightning, the second meeting in five days and after winning in New Jersey on Tuesday night. The pickings were slim in terms of players available to offer their thoughts on the upcoming trip.

Goaltender Braden Holtby was originally scheduled to address the issue after Wednesday night's overtime loss, however, he delayed making his decision public in a strange fashion.

"We've decided that I'm going to leave that until after this game. I'm going to speak about it later. I think today we wanted to focus on our team. On hockey," Holtby told reporters, including 106.7 The Fan late Wednesday night.

Holtby is known for supporting causes that clash with the policies of President Trump's administration. Reading between the lines, the hunch here is that Holtby will not or does not want to go, but probably realizes that he will be the face of a story that he has no interest in leading.

As a goaltender, Holtby's job is to save and block shots from getting behind him. There's almost no way for him to reasonably deflect any criticism that will come his way for not attending if he chooses that path.

Not everyone is in the eye of the storm when it comes to celebrating the Capitals Stanley Cup title at the White House.

"I think it's an amazing opportunity," head coach Todd Reirden said on Wednesday afternoon after declining to address the issue Tuesday night until he was better prepared to make a statement.

"It's something for the last five years, you drive to the rink, you see this (passing the White House), you hear about it, you think about it. I was really excited about the invitation and we'll be going and happy to be going," he said.

That was the sentiment among the few players who were available to discuss the issue on Wednesday, as well.

Jakub Vrana, a 21-goal scorer, born in Prague, was fired up to go. "It's an honor to visit the White House," Vrana told 106.7 The Fan. "It's everybody's decision. Everybody has certain reasons, but I feel like it's nice to get there to see how's it look inside. I'm real excited for it."

Chandler Stephenson, a key contributor to the Stanley Cup run and a native of Saskatoon, is happy to be going as well. "I mean, it's obviously a huge honor," Stephenson told 106.7 The Fan Wednesday morning. "I don't think anybody else sees it as, you know, celebrating the Stanley Cup and you know, just something teams with the championships, you know, do and nothing more than that."

Stephenson, stuck with the hockey theme as the reason for the White House visit, adding the trip is "something to reflect on the season that we had last year."

The only problem with what Stephenson said? No longer is the trip to the White House held in the same regard as it used to be, by everyone.

The Warriors visited President Obama when he was in office, but then this past February, while in Washington to play the Wizards, did not visit the White House and instead privately met with Obama again.

This was after having an invitation rescinded the previous year.

The Philadelphia Eagles, after winning their first Super Bowl in February 2018,  were expected to attend a ceremony to visit the President and on the eve of the trip, after several players said they would not be attending, President Trump canceled the visit.

The Pittsburgh Penguins chose to make a trip to the White House in October 2017. As did the Houston Astros after their 2017 World Series win.

The Capitals are allowing players like Connolly to have freedom with this unique issue.

"I understand our players have their decisions and I respect that," Reirden said. "They're allowed to make their own decisions and it's important that we support them in whatever decision that they make."

But Reirden concluded his statement on the issue by reminding a group of reporters that Monday's visit is "an amazing, amazing opportunity."