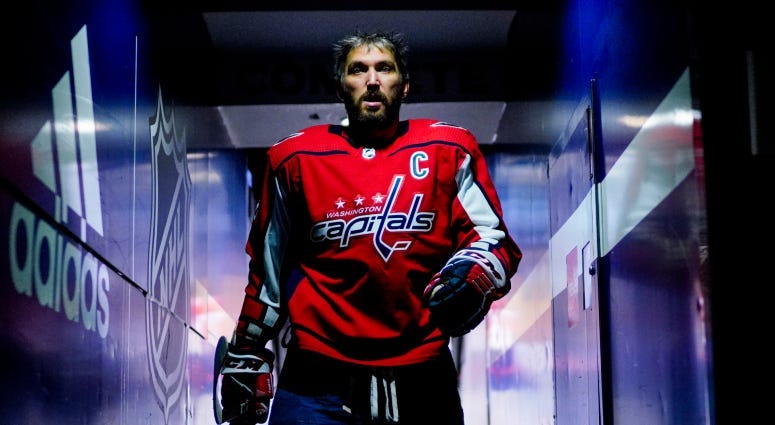 "I think the biggest key is how they can come out early on (Semyon) Varlamov, get to the Islanders," Laughlin said. "The one advantage the Caps have, and it's big time, is their scoring ability. Their skill set in the top two lines can dominate the Islanders' top two lines as far as skill set and scoring."

"The Islanders play a different style," he said, "but I think the key is not get behind. If you get behind on this darned team, Barry Trotz, with that 1-3-1 neutral zone that they work, much like the Caps, it's gonna be tough sledding, and you're gonna get frustrated as a player and you're gonna have a tough time to come back."

"To me, it comes down to how the Capitals start the game," he continued. "They weren't good in the previous three games, starting the game. They have to start fast. They have to get one past Varlamov early or the Islanders are gonna lock you down. The Islanders this year, guys, they average about 5.5 goals per game combined with the opposition.

"The Capitals were well above six. The Capitals can score. The Islanders will get a 1-nothing lead and they will hang on by playing a dump-and-chase game. They're gonna sit back, they're gonna relax and you're gonna have to get through five guys. You don't want to play that game if you're the Caps."

Paulsen noted how it seemed like Evgeny Kuznetsov wasn't at the top of his game during the round robin tournament, in which the Caps went 1-2.

"It just seems like something's missing with him," Paulsen said. "Am I off?"

"He has not been Evgeny Kuznetsov that we love when he's flying around out there, kicking out his leg to get the defenders off him, all the stuff that he can do in a world-class way," he continued. "I'm concerned about him, I'm concerned to be honest with you with Nick Backstrom, and I'm concerned with (Jakub) Vrana, so that's quite a few guys in the top-six."

"You look at Vrana's game, he gets a couple of breakaways, but he hasn't scored but I think two goals his last 24 games overall or whatever it is. It's crazy for a guy with that high skill and speed," Laughlin said. "Kuznetsov and the centermen are so critical to the Caps' success."

"It's gonna be interesting who plays against Backstrom and who plays against Kuznetsov," he said, "because their top guy, (Mathew) Barzal, is an absolute wizard with the puck. If you look at the analytics guys, he is the best center – other than Connor McDavid – to be able to lug the puck from their zone all the way into the Caps' zone, not only 5-on-5 but also on the power play, and to me that's critical."

"Remember we always talk about the power up the middle," Laughlin added. "And if Kuznetsov and Backstrom don't find their game, and I definitely didn't see it from either of them in the first three games in the round robin series, it's gonna be a tough series for the Caps to be successful.

"So yes, you're right on. I think you nailed it with Kuznetsov. But I'm adding to that list that they better pick it up or it's gonna be a real tough-sledding series against the Islanders."

Listen to Laughlin at the 35-minute mark below.