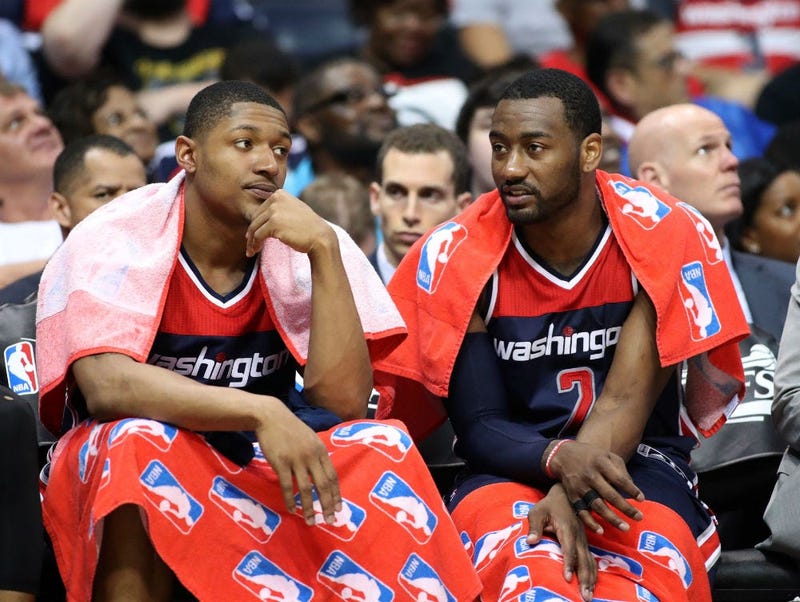 Sir Charles said the Wizards wouldn't be in such a bad state if had they listened to him.
"You know, I told that team three years ago: (Bradley) Beal and (John) Wall can’t play together," Barkley said. "They should’ve traded one of them two years ago when I said that."
"They were just a (middling) team and it’s unfortunate because I like Scott (Brooks) a lot. I think he’s a good coach, too,” he said of his former roommate and the current Washington head coach.
Brooks, who has taking a bit of heat for the Wizards (24-34) down season, did manage two playoff trips in his first two seasons with Wall and Beal on the roster. However, Wall missed the second half of the 2017-18 season due to injury before losing this season to a heel surgery and next season to a raptured Achilles tendon.
A defiant Wall said he will come back stronger from the injuries.

"My love for the game is still there and I'll come back and conquer this like it was just a little step in the road," Wall said. "People doubted me, I prove a lot of people wrong."

The Wizards did dump a pair of youngsters this season, trading Kelly Oubre in December and Otto Porter before the trade deadline.
Barkley used Porter's big night before the All-Star break, when he scored 37 points on 16/20 shooting, to argue the Wizards traded the wrong player.

Which begs the question: Would the Wizards be better off right now if, two years ago, they had made Barkley their general manager and fired Ernie Grunfeld?