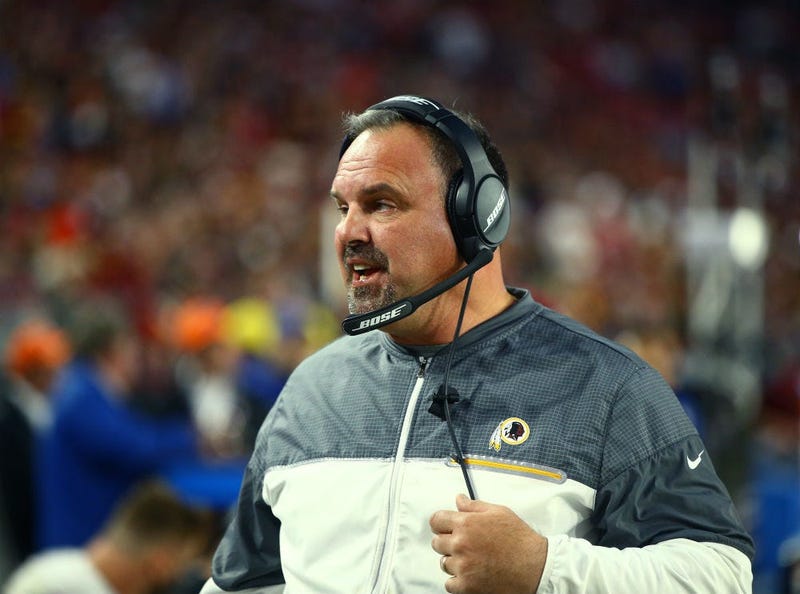 The Washington Redskins handling of their not so secret search for a new defensive coordinator was clumsy because they are not a normal NFL franchise, 106.7 The Fan Redskins insider Chris Russell said Wednesday.
"We all know that everything they do is clumsy. Everything they do is awkward," Russell told Chad Dukes. "Everything they do lacks a lot of common sense and this is another example of that."

Russell said he spoke with sources around the league who have described the Redskins handling of their DC search with words like "embarrassment" and "a joke."

The Washington Post reported Wednesday defensive coordinator Greg Manusky would keep his job next season after the team met with several possible replacements.

"And I guess that's how you should spin it, because what other way can you spin, basically, a lie," Russell said.

Russell sees the Redskins issue as a matter of indecision because they are "not exactly (a) normal" organization.

"Here with the Redskins, it seemed like they had all this indecision and it seemed like, OK, we like Greg Manusky, we'd like to keep all this continuity, right? That's why were seemingly keeping Bruce Allen. That's why were seemingly keeping Jay Gruden. That's why Greg Manusky hadn't been fired right away like a lot of defensive coordinators are," Russell said. "So (the Redskins) were seeing if (they) can get better and then it leaked out."

While the defensive coordinator shuffle may seem inconsequential now, Russell said this will have knock-on effects for the season to come.

"Every day, every game, every call, every situation next year, Chad, until something happens," Russell said. "Greg Manusky is going to be called out on the carpet by the fans, by media, and there's going to be all these questions asked of the players that consistently put them in a tough position or in a bad position to have to, either, defend or shrug or answer weirdly about the status and about whether they believe and respect their defensive coordinator."