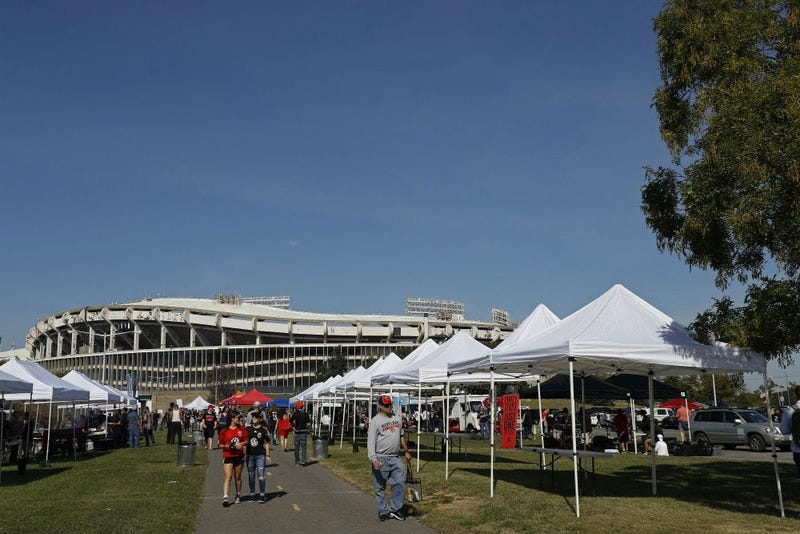 December 17, 2018 12/17/2018 11:21 pm
D.C. Councilmember Charles Allen wants you to say "Hail No" to a new Redskins stadium at the RFK Stadium site.
In a petition launched Friday, Allen (Ward 6) argues against public money being used to subsidize one of the NFL's most valuable franchises.

"As a DC resident, I am against a deal that gives away a single square foot of land or a single District tax dollar to build a new stadium for billionaire NFL owner Dan Snyder," the petition reads.

While Allen told DCist he finds the Redskins name "offensive" and a "slur," the name is not a deal breaker.

"Even if it changed, I don’t think the football stadium should be built there,” he said.

The petition makes no mention of the name issue and instead lays out an economic argument against D.C. funding a new stadium.

"As a DC resident, I don't want to see DC hoodwinked into paying for a billionaire's stadium," the petition reads. "The District needs our tax dollars to create new housing at all levels, support local DC entrepreneurs who run small and local business, take urgent steps forward to shift to a 100% clean energy environment, build larger and modern schools for our growing city, fund our Metro system, and in general spend money to make life better and easier for DC residents."

Sign https://t.co/NrNoFf9mKg to help your voice be heard! Initial goal was 1,000 signatures over the weekend; but we just hit 1,500 in 24 hours since petition launched! DC should have control of this site, but we can do so much better than an NFL Stadium for Dan Synder! #HailNo https://t.co/HQCC5G6oyH

Earlier this month, the Redskins were lobbying Congress to pass a provision for a 60,000-seat stadium built at the RFK Stadium site.
“When you look at NFL stadium deals around the country, you see largely very large tax breaks going to very wealthy people to build stadiums and luxury suites," Allen told DCist. "I don’t think that’s a great way for us to use our money.”

At press time, over 2600 people had signed the petition.