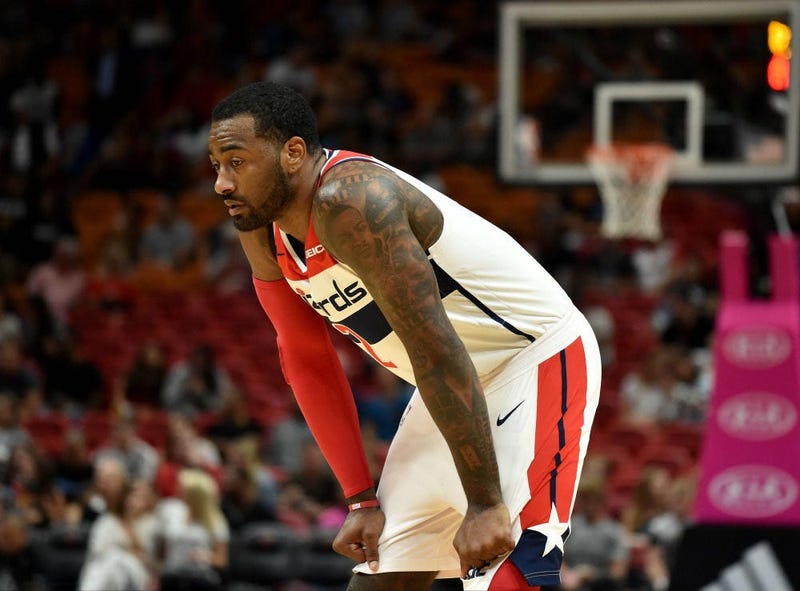 The Washington Wizards are a mess and it all starts with general manager Ernie Grunfeld, Danny Rouhier said on 106.7 The Fan Tuesday.

"Ernie is to blame for everything and everyday he's on the job is an insult to the few Wizards fans that remain," Rouhier said. "It is a travesty he was extended. It is wrong. He should be fired. Every time he comes into the office it's wrong. This organization is wrong and it is frustrating to those of us that still give a damn."

Rouhier estimates during the Wizards fan base has shrunk by half as ticket prices have gone up and success on the court has gone down.

"Every fix they make and every move they make is defensible in a little teeny-tiny vacuum, but when taken as a whole you are stuck in a mediocre, disgusting pile of this. Whatever this is, this is the culture that you have wrought. You look at his record, deserves to be fired. This is Ernie Grunfeld. You look at the moves that he's made over the course of years, deserves to be fired. Lack of draft picks, deserves to be fired. Everything from Jan Vesely - two years after the Randy Foye and Mike Miller fiasco - deserves to be fired. Any criteria that's imaginable for an executive in this basketball league, he deserves to lose his job. Any, any which way you slice it. Again, pick record, pick moves, pick "pooh in the shoe," pick guns in the locker room, pick anything that has happened under his watch. Justified to (be) removed (from) his job. Now this culture, where John Wall, who I love and have defended, has objectively gotten worse as a player since his third-team All-NBA season two years ago."
The Wizards have made the playoffs eight times during Grunfeld's tenure and never made it beyond the second round. And Rouhier echoed Bradley Beal's, alleged, comment from a recent Wizards practice, "It starts from the top."

"They are complacent, they are content to just be mediocre," Rouhier said of the Wizards. "This is the NBA, if you don't truly have a chance to win a championship you are doing it wrong unless you are acquiring assets. They have spit on assets, they've moved on from them time, after time, after time."

Rouhier called it an insult to Wizards fans that Grunfeld as the architect of this mess is still allowed to collect a paycheck.

"Fire this man today. Do it tonight. Give Wizards fans some reason that there may be some hope," Rouhier said.

"Again, congrats on all the success that you've had four playoff (series) wins in 15 years, and they act like they're the seven-time defending NBA champions," Rouhier said. "Fire Ernie Grunfeld, it's the only acceptable thing to do. Blow this group up because they hate each other and it's not fun to watch. Start anew."