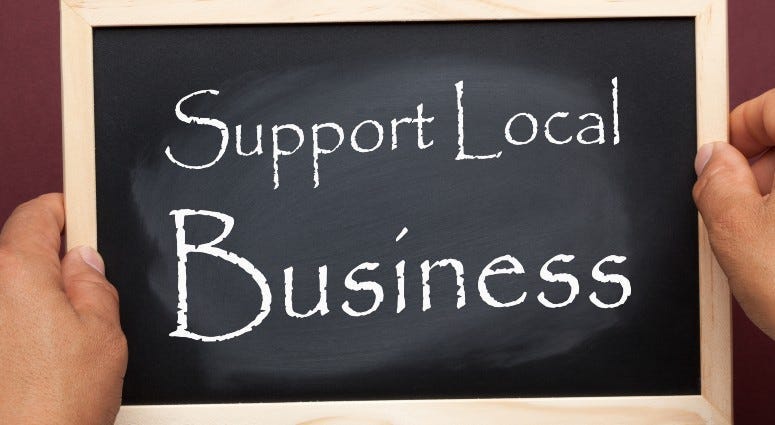 'Business as usual' has a whole new meaning these days.

Living rooms have become offices and basements quickly converted to work-hub hideouts from kids (and spouses). The socio-economic impact of COVID-19 has hit every aspect of human life, and the ripple effect will be felt for a long time -- if not longer.

However, from chaos comes a ladder.

Some local businesses in the D.C. area have pivoted their mission and shifted priorities on a dime. Others, need help.

If your business is going through dramatic change -- positive or negative -- we want to hear from you. We will highlight and help spread the message to the Greater Washington area. We're in this together, and we'll get out of this together.

McClintock DistillingFrederick, Md.
McClintock Distilling has shifted its usual production of alcohol to create hand sanitizer. “We’re already built to produce large quantities of this,” said Braeden Bumbers, co-founder. “So really, the only things that we needed to do was just blend it with these other ingredients.”

The distillery plans to donate the sanitizer to local medical facilities and eventually the larger community of Frederick.

Need a job right away? Apply for a job at Papa John's -- and start that same day.

“Here in the DMV we’re making it quick and simple to apply, interview and start work same-day at Papa John’s,” said Andy Freitas, who owns franchise locations in the Greater Washington area.

If you're interested, check out their website. And a reminder that Papa John's locations are open and ready to serve with no contact delivery and carryout procedures.
CVSDC-area (20+ locations)
CVS will use virtual job fairs, virtual interviews and virtual job tryouts to fill 50,000 full-time, part-time and temporary roles, including store associates, home delivery drivers, distribution center employees and customer service professionals, across the country.

The company is also providing bonuses of up to $500 to current employees and launching a new child and elder care program for its staffers.

Pacers Running D.C. & Virginia (six locations)
Like many clothing and apparel stores, Pacers Running has closed their six shops around town. But that doesn't mean they are closed for business. Pacers is offering virtual fittings! Make sure you have Zoom downloaded and schedule an appointment on their website.
Neighborhood Restaurant Group Alexandria, Va.
Neighborhood Restaurant Group owns several award-winning establisments around the DMV, including Iron Gate, BlueJacket, The Partisan, Rustico, Churchkey and more. They have been forced to lay off more than 90% of their staff.
The Group has started a GoFundMe, with the proceeds going directly to supporting the teams who need immediate relief.