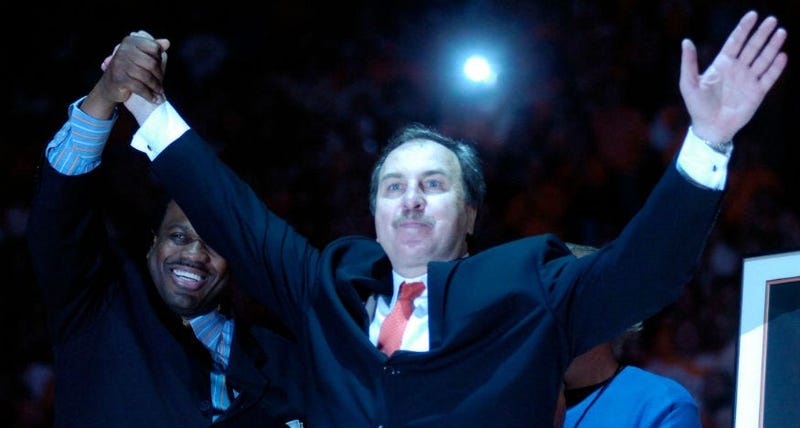 The dust has settled after the initial surge of NBA free agency and with just Kawhi Leonard the final big piece to fall any day now, the rosters around the league have largely taken shape.

For the Washington Wizards and interim general manager Tommy Sheppard, the offseason held somewhat of a big shakeup and signs of improvement.
Rui Hachimura and Admiral Schofield were drafted, with Jonathon Simmons coming over from the Sixers on draft day as well. A late June trade with the Lakers netted the Wizards three more young players. Both of these moves received praise from even the most cynical of Wizards supporters.
And the still interim GM wasn't done there. He signed Thomas Bryant to a long-term deal and got Isaiah Thomas for depth at point guard. Nabbed Ish Smith, too.
But does this mean Washington has found themselves out of the hole? Have they recovered from last season's disaster?

Well, no. Not really.

One offseason won't be enough to fix the team entirely, as the last moves of the former president of basketball operations Ernie Grunfeld, who wasn't fired until April 2, nearly two months after the NBA trade deadline, didn't exactly put the Wizards in the best position to rebuild.
The first move which failed to pay dividends was the offseason signing of Dwight Howard to a two-year deal worth $11 million. Then in December, with Washington sitting at 11-18, a day after bungling a three-team deal, Grunfeld sent former first-round draft pick Kelly Oubre and offseason signing Austin Rivers to Phoenix for a 33-year-old Trevor Ariza.
And before the deadline with the Wizards at 22-32, Grunfeld swapped another former first-round pick in Otto Porter Jr. for Jabari Parker and Bobby Portis. At the same time, the Wizards dealt Markieff Morris for Wesley Johnson.
What did the Wizards get after all that? Well, Howard managed just nine games due to injury. Ariza and Portis have left in free agency and Parker is likely to do the same. (Johnson didn't even last until the end of April before being waived by Washington).

The grand total of Grunfeld's final moves? Two 2023 second-round picks, one of which is top-36 protected. That's it.

That is not ideal.

Remember, Grunfeld was so unacceptably terrible. He left 0 assets & 0 ability to acquire assets. This is how they have to climb out of this 1 million mile clogged toilet bowl he left. The Wiz have 0 chance to compete at a high level for years. Cheap short term deals + picks

While the longtime president of basketball operations will get the lion's share of the blame, owner Ted Leonsis can't walk away free of criticism.

He empowered Grunfeld to remain until the Wizards were eliminated from playoff contention after speaking out strongly against tanking and then declaring in late January trading Porter, Bradley Beal or John Wall wasn't an option.
Leonsis' patience in Grunfeld backfired and the Wizards failed to recoup any real long-term value for any of their assets. And with Sheppard's long-term position still up in the air, Leonsis may be heading for more half-measures in the short-term. Now is the time big decisions may have to be made or Leonsis risks repeating mistakes of the past.
Follow @BenKrimmel and @1067theFan on Twitter.