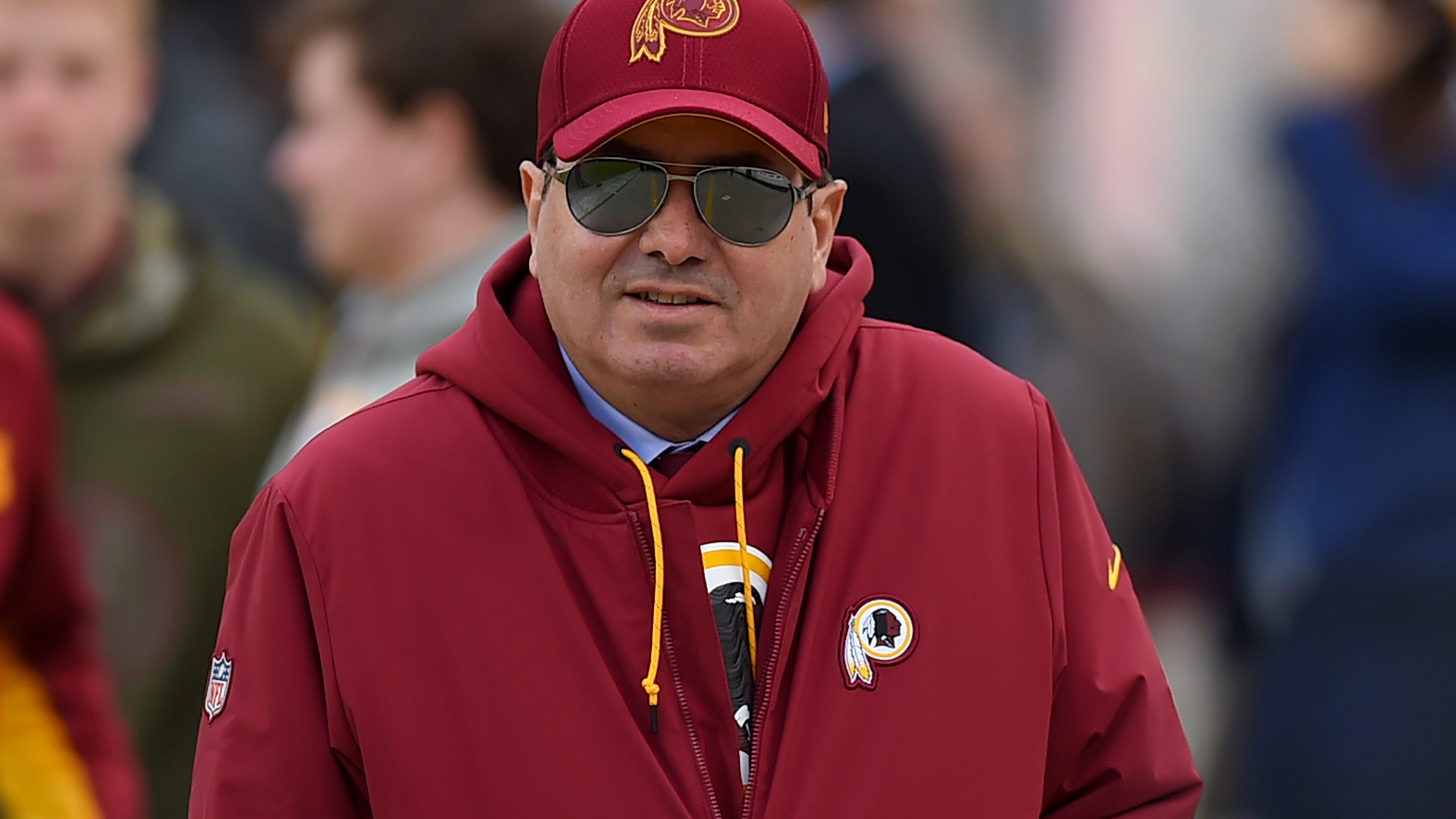 One of the Washington Redskins' main sponsors, FedEx, has requested the team drop its nickname.

“We have communicated to the team in Washington our request that they change the team name," the statement from FedEx read.

Thursday's statement comes one day after a report by AdWeek said that FedEx was one of three companies (along with Nike and PepsiCo) to receive a letter signed by 87 investment firms and shareholders asking them to end their relationship with the organization unless owner Daniel Snyder decided to change the franchise's name.

The National Congress of American Indians released a statement applauding FedEx's decision, calling it a "wake-up call" to all companies who do business with the NFL.

"In this historic moment and global movement for racial justice, they can no longer sit idly by as the league’s Washington franchise clings to a dictionary-defined racial slur as its mascot," said NCAI President Fawn Sharp. "The R-word is destined for the dustbin of history – it’s not a question of if, but when, and that time is now."

Sharp added, "Removing racist and harmful words, symbols, and imagery like the Washington team’s R-word mascot is a necessary and non-negotiable first step" in a path toward a more just and inclusive society.

On Friday, PepsiCo joined FedEx in calling for the name to change: "We have been in conversations with NFL and Washington management for a few weeks about this issue. We believe it is time for a change. We are pleased to see the steps the team announced today and we look forward to continued partnership."

The request from FedEx could be significant as their chairman, president, and CEO, Frederick W. Smith, is also a member of the Redskins ownership group. The company also holds the naming rights to the Redskins home stadium in Landover, Md. The 27-year naming rights deal for FedEx Field runs through 2025 and was worth a total of $205 million.
Later Thursday it was discovered that Nike has appeared to have removed all Redskins gear from its website.

In 1999, FedEx gave the Washington football team $205 million to name the stadium FedEx Field. In 2020, FedEx referred to the franchise as "the team in Washington" to change its name.Feels like a tipping point.

NFL reporter Josina Anderson reported as of Thursday night Snyder "has no official plans to address the renewed call to change" the team's name.

Snyder, who bought the team in 1999, in the past has remained emphatic in his desire to keep the team's name.

"As a lifelong Redskins fan, and I think that the Redskins fans understand the great tradition and what it's all about and what it means," Snyder said in 2013.

Earlier this week, politicians on Capitol Hill indicated there would be no way forward for the Redskins to get a deal to acquire land owned by the federal government to build a new stadium on the RFK Stadium site unless they dropped the nickname. In recent years the team has made it no secret they would like to leave FedEx Field for a new location, with a return to the District as the most likely spot.

D.C. Deputy Mayor John Falcicchio told The Post: “There is no viable path, locally or federally, for the Washington football team to return to Washington, D.C., without first changing the team name.”