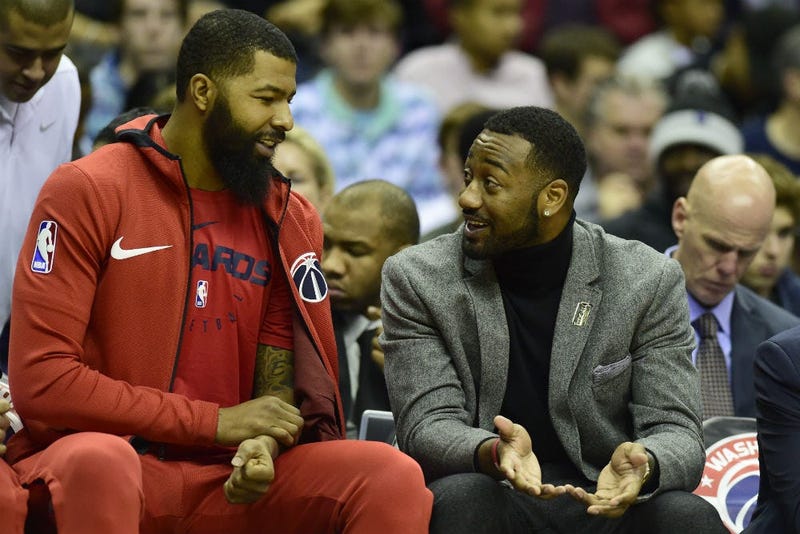 If you can solve that one, perhaps you too can solve why the Wizards are now 0-8 on Fridays this season.

With John Wall and Otto Porter out due to injury, Washington lost 101-92 to the lowly Chicago Bulls at Capital One Arena Friday night. For the Bulls, it was their 10th win in 36 tries.

Guard Bradley Beal poured in 34 points in Wall's absence, but no other Wizards player scored more than 12, the Wizards fell to 13-25.

Wall, who missed 41 games last season, may miss more and will see a foot specialist Saturday as he continues to manage left heel soreness, per The Washington Post.
That may explain a loss this Friday, but it doesn't explain the previous seven.

Granted, the Wizards are not a good team this season, so losing games is no surprise. It doesn't take a mathematician to figure out the 13-25 (.361) Wiz are not good.

But, if you take out Fridays, Washington is 13-15 (.464) on every other day of the week. That's not good, but it is not terrible. And it doesn't explain their abysmal record on Fridays.

Why are so many of their defeats concentrated on one day each week?

Back-to-backs aren't the problem, as the Wizards haven't played on a Thursday all season. Could Thursday night activity be to blame?
Or is it bad management?

The Wizards have lost 9 of 11. They lost to the Bulls last night, who had the 2nd worst record in the league coming into the game. They are in win now mode and not winning now. Ernie Grunfeld should be fired immediately. #FireErnie

Ernie Grunfeld's reign as GM can be blamed for many of the team's shortcomings, but surely he isn't the reason the Wizards can't win a game on Friday.

This will be a mystery for now.