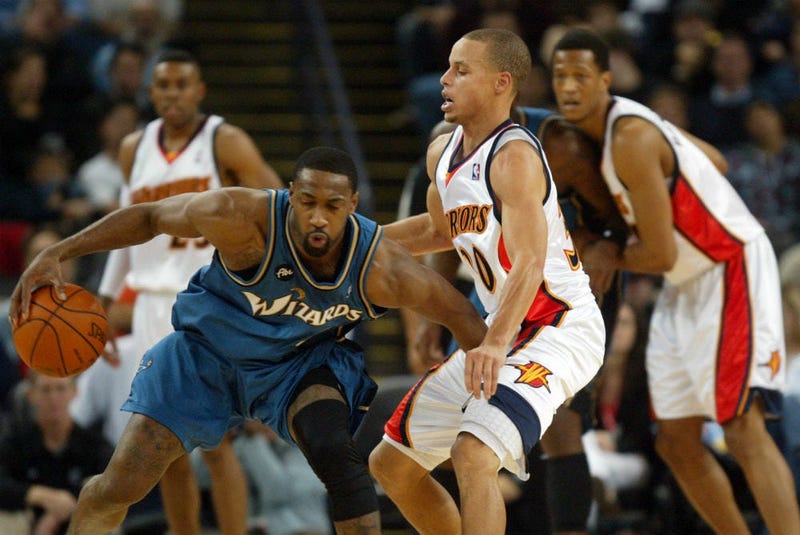 Agent Zero is back.

Former Washington Wizards guard Gilbert Arenas will be returning to the basketball court, this time with the Big3.
“I don’t want 'Arenas' on the back (of my jersey)," Arenas said. "I want 'Agent.'"

Arenas, who last played in the NBA in 2012 and turned 37 in January, told Big3 founder Ice Cube he intended to join the league during the "No Chill" podcast this week.

WATCH: Otto Porter scores career-high in Chicago...
“Every year it comes, I always say the same thing: ‘You know what, I’m gonna train for it, and when it comes around, I’m gonna be prepared for it and bust their a--,’ ” Arenas said.

“I think a lot of people watched the first year to try and figure out the speed of it, and when I watched it I was like, ‘Whoosh, they’re really going, they’re really playing basketball.’ So I don’t think I’m trained and prepared for that sport right there,” Arenas said. “It’s one of those things where I need to train like I’m playing in the NBA again ’cause I’m not gonna let them get the best of me. So I got four and a half months (to get ready).”

When asked who he wanted to join him, Arenas asked for Wizards teammates who wouldn't steal his shots.

“I want all my Wizards teammates that didn’t shoot the ball,” he said. “I want Etan (Thomas). Brendan Haywood, I want DeShawn Stevenson, Kwame Brown. You know, they already know my style.

"Eddie Jordan, where you at? We already know the plays,” Arenas said.

While the Big 3 isn't coming to Washington this season, might the league play games in Richmond or Baltimore?

Things are heating up this offseason, and we’re just getting started. Where would you like to see the BIG3 this summer? ------ #BIG3Basketball #BIG3Season3 pic.twitter.com/hwi6sC8L38