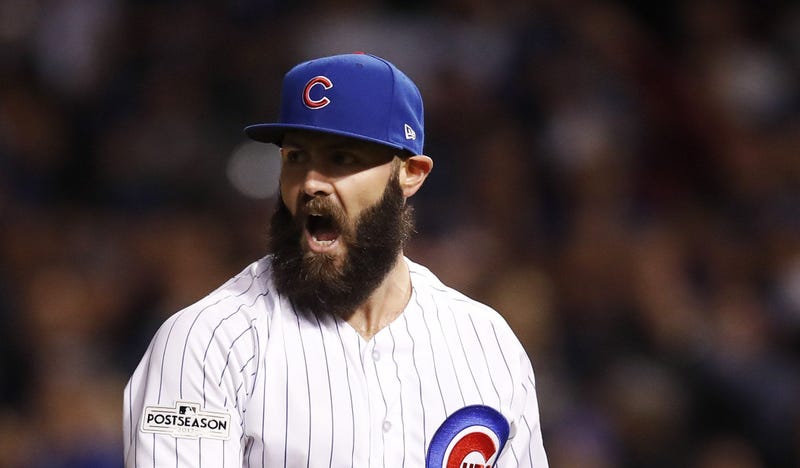 But whoever signs Arrieta, even at this point in the offseason, will do so at the expense of a lot of paper.

Arrieta was once said to be seeking around $200 million in free agency, an expectation that has long gone unfulfilled. At this point, he would likely “settle” for something in the range of what Yu Darvish accepted from Arrieta’s former team, the Cubs: six years, $126 million.

Even as the Nationals prepare for perhaps their last, best chance of winning it all, they do have to be realistic. Bryce Harper’s next contract is expected to shatter MLB contract records. The team is up against the luxury tax threshold and this deal would put them over.

And yet, MLB insider Jon Heyman still likes their odds of landing Arrieta–better than any other team. Here are the highlights of his “2-to-1” odds:

Rizzo told his people that he didn’t think they did at the Winter Meetings, but things can change.

The Nats’ payroll is already close to 55 percent Boras clients, so it wouldn’t shock anyone if they found a way to land Arrieta. They signed Scherzer and Wieters late in winters, so they’ve done it before.

While they would seem to have a virtual stranglehold on the NL East as is, the whole key for them is winning a playoff series, and a rotation of Scherzer, Stephen Strasburg and Arrieta would be quite formidable come October.

Heyman’s last point might be the most compelling, as it connects the dots for a team that expects to compete for a championship. Each year, good teams buy high at the trade deadline on an over-achieving pitcher from a bad team. They not only absorb some portion of his remaining salary but also frequently give up top talent in order to complete the deal.

The Nationals have only two prospects in the top 100 this year, including rising star Victor Robles, whom the team is loath to part with.

If the team will be adding talent to its rotation between now and October and doesn’t want to pay in the form of prospects (on top of dollars), it might make the most sense to buy their arms up front and get a full season of three potential aces, in Max Scherzer, Stephen Strasburg and Arrieta.