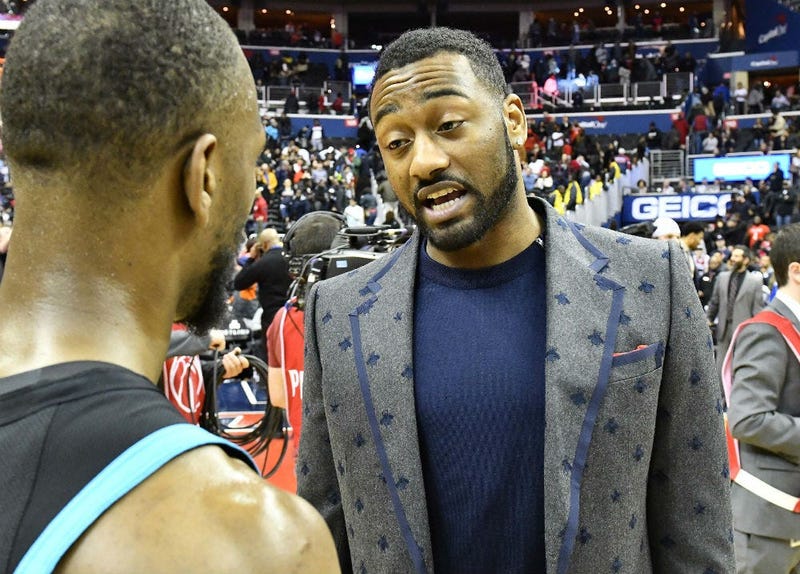 A defiant John Wall declared the negative talk around his latest injury is only motivating him to come back stronger.

“All the people that talk negative, like, 'You can't come back from it. You not this, you not that...' That (will) do nothing but motivate me even more," Wall said Friday. "'Cause (those) are the same people who when I was on top, (were) respecting me and loving me."

"The people that show you that love, love to see you fall. Why not use it as more motivation? They ain't nothing to dwell on," he told the media after the Wizards defeated the Cavs.
READ: Bobby Portis goes for 30 in Wizards debut
Wall is facing several months on the sideline after suffering ruptured Achilles tendon​ while recovering from surgery on his left heel.

John Wall spoke to the media about his upcoming surgery, rehab plans, and more after last night's game.#DCFamily pic.twitter.com/ZNC7CX4B6U

For Wall, the Achilles injury was a message to slow down and may have even come at a good time.

"I'm kind of glad it happened now instead of when I'm four or five months ahead in recovery and then I'm trying to get back on the court, and it happens then," Wall said of the Achilles injury. "So it's not like I started my process of getting back. So, it's not too much to, kind of, dwell on."

No matter, the all-star point guard remains resistant to doubt.

“Just a minor setback for an extra couple of months," Wall said. "My love for the game is still there and I'll come back and conquer this like it was just a little step in the road."

"People doubted me, I prove a lot of people wrong," he said.

During his recovery, Wall plans to spend more time with his young son and his mother, who Wall revealed is battling cancer. He also said he plans to finish school and is close to graduating from the University of Kentucky.

John Wall said he’s going to use the time off from the injury as an opportunity to finish college. Said he’s close to graduation.

To Wall, the support of the Wizards organization and the DMV is all that matters during his road back.

“This whole organization, this city, period. From Day 1, they embraced me. Like I said, this is like a second home to me," Wall said. "As long as I got their support and the organization behind me, I don't care what the outside world says."