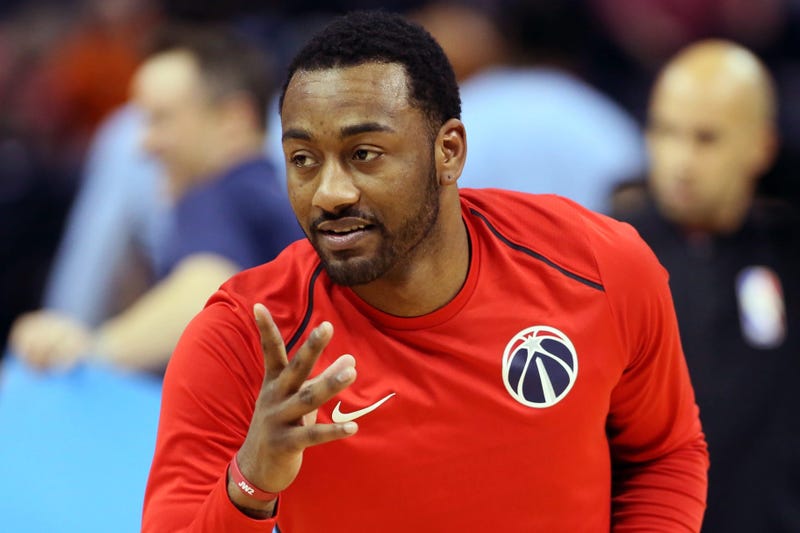 More than a month after undergoing knee surgery, Wizards point guard John Wall is making "amazing" strides toward returning to the court.

"He's had a couple of great days of shooting. It's pretty amazing," said Wizards head coach Scott Brooks, who is presented by Greenberg and Bederman.

"I mean, he did not touch a basketball for five straight weeks," he said. "And he comes in the last two days. He shot the ball. Probably had -- I don't know -- maybe a 35-to-40-minute workout. No defense. Just getting shots up and ball-handling and shooting, and shooting the ball well. I mean, I'm amazed, like I said."

After the procedure -- an arthroscopic debridement of his left knee -- Wall was expected to miss anywhere from six to eight weeks. He's missed nearly six, putting him on track to return at the tail end of that initial timeline. Brooks confirms Wall is expected to resume practicing with the team in "maybe a week or so." The Wizards are 11-6 in his absence.

"When I played, if I didn't shoot for one straight day, I thought I would -- I mean, I couldn't," Brooks said. "I had to shoot every day. For him to not shoot for five straight weeks and come in and really the ball felt like it was natural in his hands, and it was good to see, because that's the next progression. And then he goes into, maybe a week or so, get into some practice."