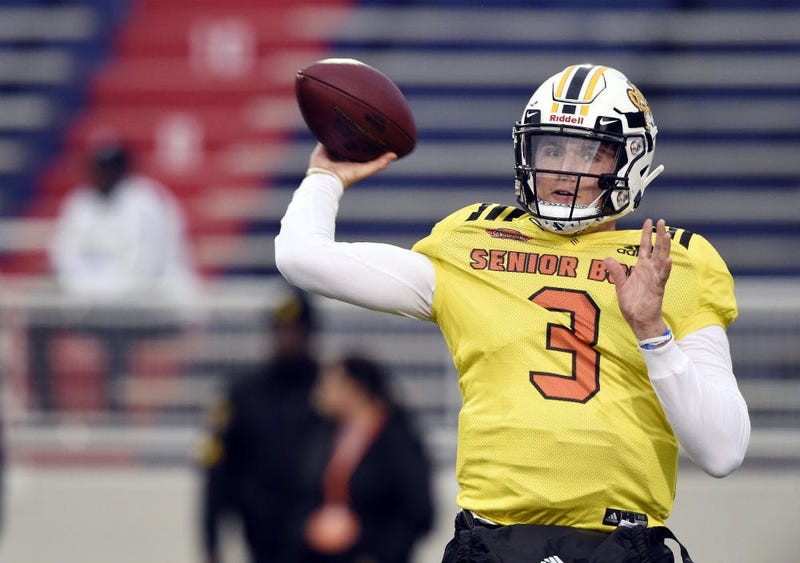 In the Redskins search for a new quarterback, there is one QB at the Senior Bowl who J.P. Finlay would defiantly warn against.
"The biggest thing that stands out to me, is I think, I am very out of the Drew Lock business," Finlay told Grant & Danny on Thursday.

Finlay admitted he "could always be wrong," but quarterbacks are the one area he is confident in spotting poor performers.

"I'm not saying Lock is as bad as those guys, but for a guy that projects (to go high and) by the time the QB run happens, and he looks impressive at a pro day, and whatever might happen. And he goes top 10. No thanks," Finlay said.

Finlay said he thought West Virginia’s Will Grier and N.C. State’s Ryan Finley (no relation) were impressive with Grier potentially being a first-round pick and Finley a later-round pick.

A potential landing spot for Finley in the later rounds, Finlay said, the Washington Redskins.