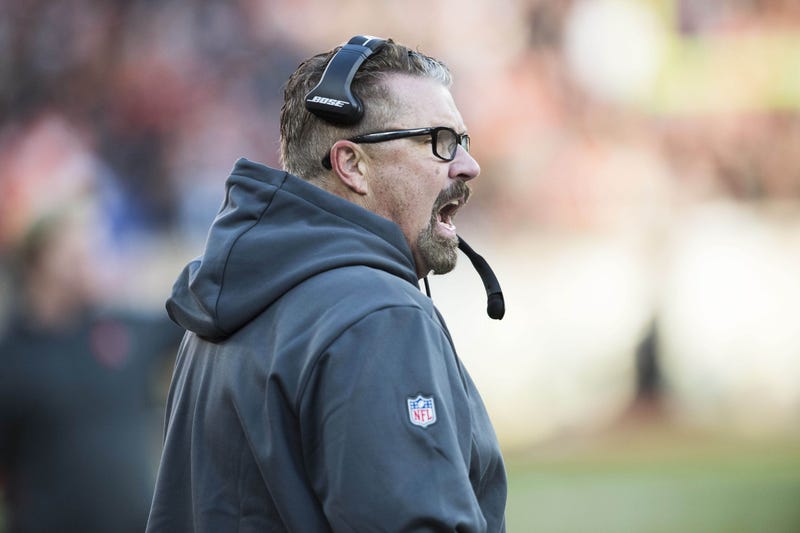 J.P. Finlay reported Monday the Redskins are still trying to meet with Gregg Williams to possibly return as their defensive coordinator, and Tuesday Finlay said Washington has a "legit chance" to land the 60-year old.

The Redskins reportedly talked with Steve Wilks and Todd Bowles before they accepted d-coordinator positions with the Browns and Buccaneers, respectively. Finlay believes the situation is different with Williams, who served on Joe Gibbs' staff in Washington from 2004-07 and most recently coached the Browns to a 5-3 record as their interim head coach.

"I think it's more of a legit chance than those situations, because I think with Bowles and Wilks, they wanted to go somewhere where they knew who the head coach was gonna be and they felt they had some long-term security," Finlay told 106.7 The Fan's Grant Paulsen and Danny Rouhier.

"I think with Gregg Williams, he might actually like coming to Washington, where there's a chance you've got a head coach on a short-term deal and there could be turnover. And maybe, at 60 years old, that gives Gregg Williams the inside track at a potential head coaching job a year from now, a job that he probably thinks he should have gotten 10 years ago in 2007."

The situation in Washington contrasts with the other defensive coordinator job Williams has been linked with on the Jets, who just introduced Adam Gase as their new head coach.

"I think (Williams) is focused on being a head coach," said Finlay. "And you go to the Jets, where they clearly believe in Adam Gase — you gotta figure Gase is there at least two, probably three years because they want him to develop Sam Darnold — where's that put Gregg Williams?"

"I just think the situation in Washington is quite different. And by all accounts, the relationship between Gregg Williams and ownership was strong at one point, had some tough times, but is strong again."

"I think the organization is desperate for some good news also, and I think this is something fans would be happy about," Finlay continued. "I like Jay Gruden certainly as a person, I think he has some good abilities as a coach. But I think if there was a bad cop in that room, might not be a bad idea."

Of course, the Redskins still have a defensive coordinator, Greg Manusky, under contract while they are openly searching for his potential successor. Some have criticized the Redskins for not firing Manusky, but Finlay says it might just be the right decision.

I can’t imagine being in Greg Manusky’s position and seeing/hearing rumors about possible replacements for a job you still have. Different.

"This is about the organization (wanting) to get better on defense. They're not sure Greg is that guy, but they don't want to fire him because they're not sure they're gonna be able to get anybody," Finlay told Paulsen and Rouhier. "It is an ugly way of doing business, but in this situation, I'm not entirely sure it's the wrong way of doing it."