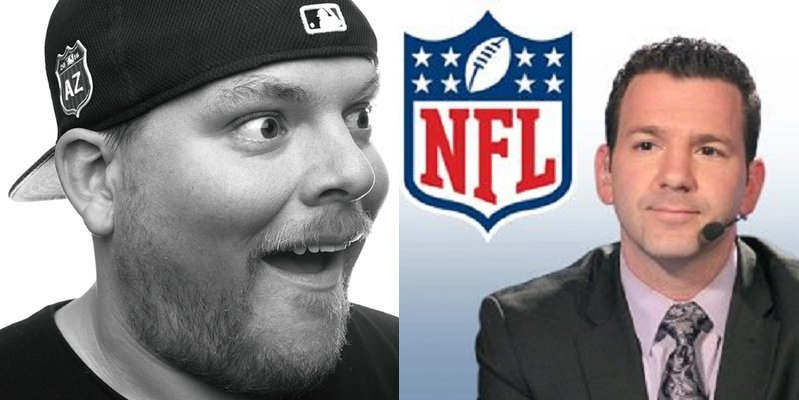 Ian Rapoport did the unthinkable.

After abruptly hanging up the phone during a live interview with Chad Dukes on 106.7 The Fan Monday — the second time Rapoport did so on that particular day (the first, coming during a failed attempt at a pre-taped interview, which was to be aired later on the show) — the NFL Network reporter called back into the show Tuesday to apologize.

“I just wanted to apologize for yesterday, for dropping you, for hanging up,” Rapoport told Dukes at the top of his Tuesday broadcast. “I know you’ve got a job to do. I appreciate that.”

“I like talk-radio a lot. I listen to it. I grew up listening to it,” he said. “That’s why I make sure to really try to do as many of these things as I can. It’s good for me. I get to kind of touch a lot of different fan bases and talk a lot of different things that I like to talk about. I know it’s good for you guys. It’s unfortunate when that happens. I know it’s not something you want; it’s certainly not something I want, and I wanted to apologize for doing that.”

Monday’s series of hang-ups prompted Dukes to rail against Rapoport’s professionalism during an extensive on-air rebuke, which rolled over onto Twitter, where Rapoport made multiple attempts to apologize. But Dukes refused to accept, making clear he would only accept an on-air apology, as that’s where the transgression took place. Otherwise, he would spend the opening portion of his next year of broadcasts denigrating Rapoport.

“That is the last time we have that son of a bitch on this show. I swear to God,” Dukes said Monday, as the phone audibly clicked off the hook, for the second time that day. “What a piece of garbage that guy is. That’s twice he’s done that. That’s twice. And he sucked. And he sucked! He had absolutely no… God, I hate that guy.”

Once Rapoport was willing to hash it out on air, Dukes was far more receptive.

“Brother, I appreciate that call, first of all, but I need you to acknowledge you did it twice to me in one day,” Dukes said. “That’s why I was so angry. If you just would have done it once, whatever. It’s never happened to me in 14 years of doing radio, but cool, you’ve got to break news.

“It was the fact that you did it twice. I tried to tape an interview with you earlier, and then you did it live in prime-time. You understand that that’s why there was such an issue.”

“Oh, of course. I mean, it’s bad luck,” said Rapoport. “It’s good luck, because I ended up having two news items to contribute. But it’s unfortunate, and it’s really, honestly, just bad luck. The first time I put you guys down because I wanted to make sure to tweet without a typo. I picked you up and you were gone, because I think I left you longer than you anticipated.”

“Oh, way longer than you anticipated then,” Rapoport acknowledged. “So, yeah. It’s definitely not something I want to do. It does happen from time to time, and it always is frustrating when it does, and I wanted to apologize.

When Rapoport reached for a mutual apology, however, Dukes declined to extend his own olive branch.

“Do you have anything to say about what you said yesterday as well?” Rapoport asked.

“Like what?” Dukes asked. “What do you want me to apologize for?”

“Well, I read some of the stuff on Awful Announcing,” Rapoport returned. “That was some pretty tough stuff, man. You were very angry.”

“But I said all of it into the microphone,” Dukes said. “You know what I mean? I said all of it in the context of the show. That was said after everything that took place, so that’s just in reaction to an unprofessional series of events.

“You know, everything’s fine, but I can’t apologize for the way that I handle conflict on this particular forum. It’s the way that I’ve always done it. Now, I say the water’s under the bridge, and I’m sorry if that stuff was something you’re not accustomed to, but I don’t really feel like I have anything to apologize for, if that’s what you’re looking for.”