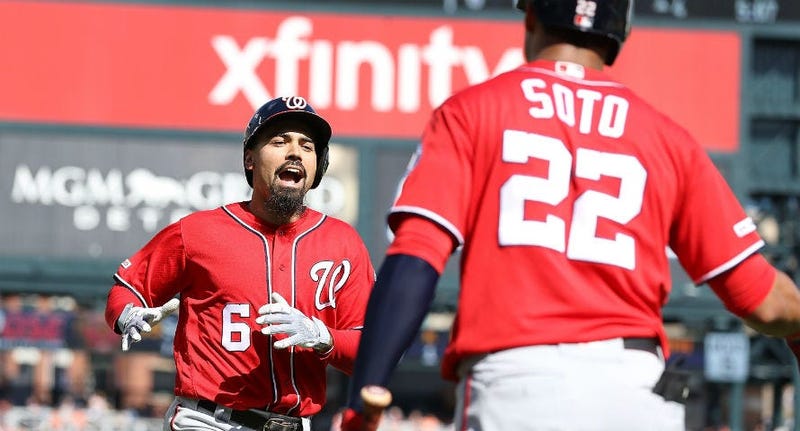 Washington Nationals third baseman Anthony Rendon has been passed over many times, but this year will represent the National League in the 2019 All-Star Game.
Joining Rendon in Cleveland for the Midsummer Classic will be ace Max Scherzer, which should come as no surprise to anybody.
Yes, it really happened. Rendon, who has long been overlooked by pundits and fans (but not by his fellow players) will be making the trip.
The 29-year-old soon-to-be-free-agent is having one of his best starts: With 19 home runs and 58 RBIs, Rendon has put up a monster slash line of .311/.398/.630 for an OPS of 1.028.

"I guess I should have probably played a different position because all the good guys that are out there,” Rendon said after being selected Sunday.

However, he isn't exactly thrilled about making the NL's team. Rendon told reporters in May: "Sure, I'd love to be an All-Star. But without going, if that's possible."
Scherzer, who was selected to his seventh All-Star Game, is a bit more relaxed: "I know it’s a party. I’ll be going to Cleveland ready to party," he said Sunday.

“I hear it’s no rest, so that’s not a good thing,” Rendon said, before adding sardonically: “They said your schedule is jam-packed and you’re going to events or whatever, or you’re doing interviews or whatever it might be. So, it seems like it’s right up my alley."

I think they're gonna force you to be an all-star.

Get your game on. Go play.