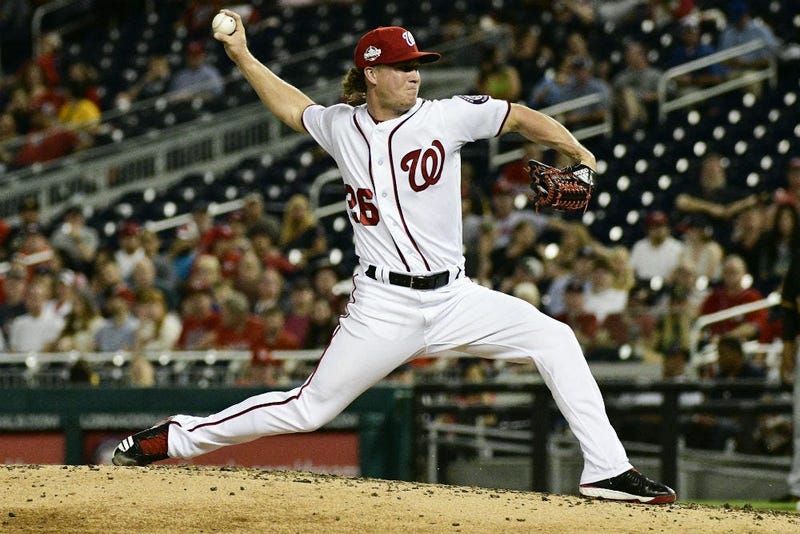 The day pitchers and catchers reported for spring training, the Nationals sent one pitcher away.

Gott, a 26-year-old right hander, appeared in 20 games during the 2018 season for the Nats recording an 0-2 record and a 5.68 ERA. Gott was never able to match the numbers he put up during his rookie season when he notched a 3.02 ERA in 47.2 innings for Los Angeles Angels. The Nationals acquired him in a deal with Michael Brady that sent Yunel Escobar to Los Angeles.

The Nationals had designated Gott for assignment to make room on their 40-man roster after signing Jeremy Hellickson.
Bookmark TheFanDC.com/Nationals for the latest Nationals news throughout the 2019 season.
Follow Ben Krimmel and 106.7 The Fan on Twitter.