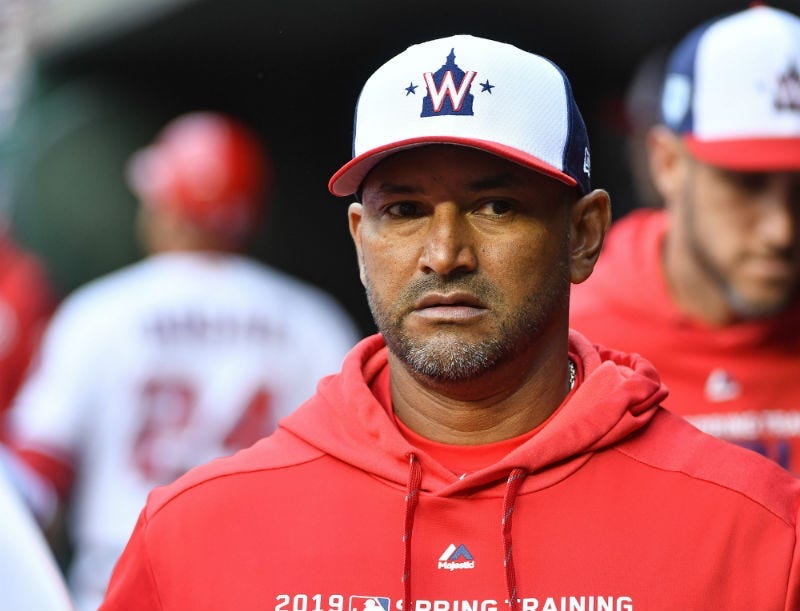 Manager Dave Martinez said at spring training the Washington Nationals season would come down to executing every game and doing the little things.

"I told them, we might not score 7, 8, 9 runs in a day," Martinez told 106.7 The Fan in February. "But we're gonna win those one-run games, we're gonna figure out a way to win one-run games and how do we do that? Better baserunning, better defense – cause defense always makes better pitching, you know I truly believe that – and really playing the game the way it's supposed to be played every single day."

The season may be only a week old, but the little things have played a huge role. Unfortunately for Martinez, the Nats haven't been executing and paid the price in some crucial early-season divisional games.

And while they may be early, these divisional games are crucial for Martinez. When looking back at last season, Martinez believes if the Nationals had cleaned up their baserunning errors "we would've won five extra games, you know, and that's huge when you're playing for a division title."

While there have been some bright spots – Patrick Corbin was solid in his Nationals debut, Juan Soto and Anthony Rendon have done well at the plate – mistakes on the bases and in the field have cost the team runs and put greater pressure on a bullpen that has struggled from the word go. And it took a week for the Nationals to play their first complete game, winning Thursday in New York to get to 3-3 on the season.
At times, the 2019 season has looked a lot like 2018 for Washington. "Our baserunning, last year, was horrid, it really was. And we need to be a better base-running team," he told The Sports Junkies in early March.
The Nationals up-and-down start best exemplified by the play of 21-year-old outfielder Victor Robles. He's shown flashes of stellar play that justifies the hype, but also made some rookie mistakes.
On Opening Day, after doubling off reigning NL Cy Young Award winner Jacob deGrom, Robles ran into an out at home after hesitating at third base. The 5-4-2-5 inning-ending double play was a major mistake in a one-run ballgame.

In game two of the season, he misplayed a deep fly ball in center field in the first inning which helped contribute to three runs for the Mets. Naturally, he followed that up by going 2-for-4 at the plate with a home run. However, after singling in the fifth, he was picked off first base by Noah Syndergaard. Two steps forward, one step back?

In game five, Robles again made a baserunning boo-boo when he was thrown out at second base after being fouled by a pump-fake from Phillies' third baseman Maikel Franco.

"I keep telling him, ‘Hey, I want you to be aggressive, but be aggressively smart,’” Martinez said before Sunday's game. “And we talked about the baserunning yesterday, getting picked off, and he understood, and like I said, I know it’s the first two games, and he really wants to help us win, and I told him, ‘You’re going to do that, just don’t let the game speed up on you, just slow everything down, and just continue to be you."

The Nationals manager practicing what he preached during spring training: Staying positive in the face of adversity.

So, how did Robles respond to his latest error? By hitting his second home run of the season.

.@MLBPipeline: There are 3 prospects better than Victor RoblesVictor Robles: pic.twitter.com/45zFt8iiPU

Another two steps forward, can the Nats now avoid the one step back?