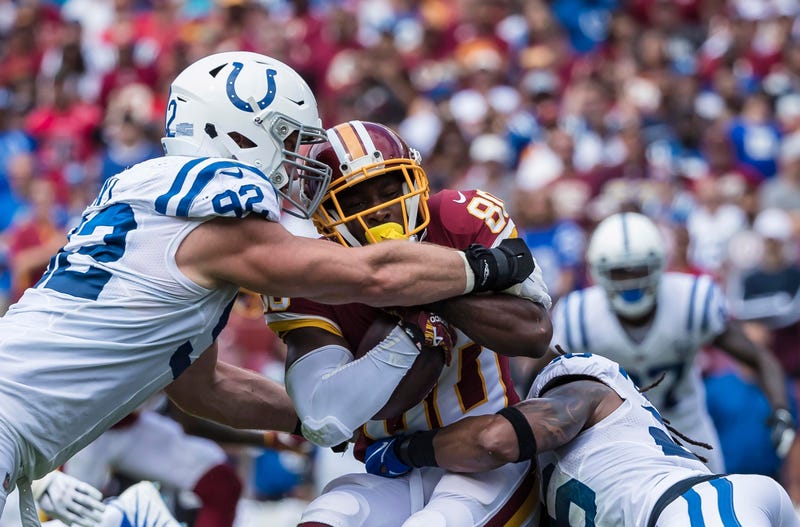 September 16, 2018 09/16/2018 10:25 pm
106.7 The Fan Redskins beat reporter Craig Hoffman was in the press box at FedExField as the Washington Redskins took on the Indianapolis Colts in Week 2 of the season. He combined his observations with post-game interviews to write his top-three takeaways from this week in football:
The Redskins organization worked hard to create hype around the home opener. There were new videos. There were new player intros. There was even a new sports bar in the west end zone. There was also a familiar feeling of a dud at home. The Redskins failed in many ways Sunday on their way to 1-1.

Stat of the day: Chris Thompson had 13 receptions in 14 targets on Sunday, with the only miss coming on the game’s final offensive play. Thompson’s 13 catches are second-most in team history behind a 14 catch performance by Roy Helu in 2011. That game was against the 49ers, quarterbacked by Alex Smith.

The first part of this quote is dead on. They had no chemistry. And thus, they lost.