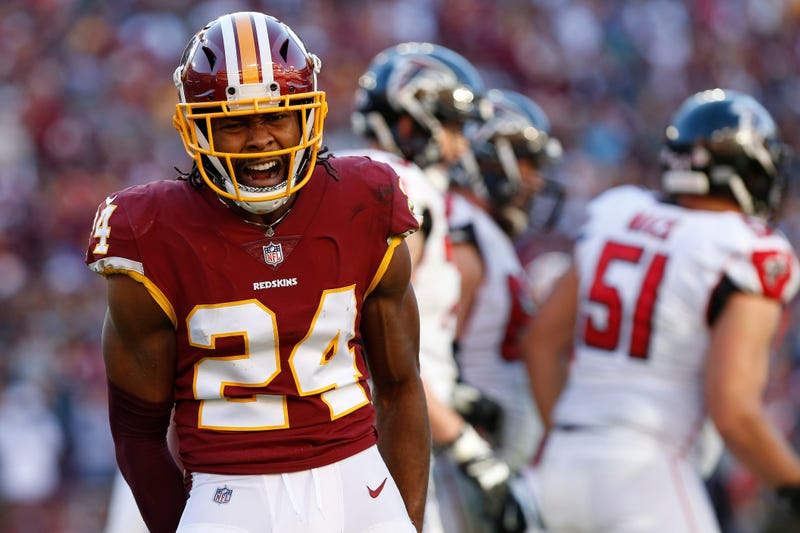 November 4, 2018 11/04/2018 11:31 pm
106.7 The Fan Redskins beat reporter Craig Hoffman was in the press box at FedExField as the Washington Redskins took on the Atlanta Falcons in Week 9 of the season. He combined his observations with post-game interviews to write his top-three takeaways from this week in football:

“It was crazy. Crazy, crazy, crazy,” Josh Norman said after the Redskins 38-14 loss. “They caught us with our pants down and hit us in the mouth.”

Sure did. The Redskins looked hopeless on offense and defense in the first half on Sunday. They showed fight in the second half but the hole was far too big to climb out of. Here are three immediate thoughts from FedExField:

1. The Falcons are really good on offense and they met little resistance from a defense that had been truly exceptional since the debacle in New Orleans. The Falcons only non-touchdown in the first half came on miscommunication where Matt Ryan threw the ball right to Quinton Dunbar. Atlanta has an exceptional offense and much of it truly felt like the Falcons being good more than the Redskins being bad, but being that bad isn’t something that can be done without mistakes. Players need to step up and make plays. They did not. Touchdown after touchdown was the result.

The pass rush, which had been excellent in recent weeks, was completely ineffective. They were slowed by the Falcons moving the pocket and using a tremendous amount of misdirection. It’s hard to go straight when you’re constantly worried about guys going left and right. In the end, the Redskins were tentative and Atlanta took advantage.

2. The offense continues to simply not be good enough. It should be stated that the Redskins were without possibly their three best offensive players for much of the game in Trent Williams, Chris Thompson and Brandon Scherff. To expect an offense to execute without that kind of personnel is hard, but that was what was required on Sunday.

Alex Smith hit guys early and saw Josh Doctson drop two balls that hit him between the numbers, only to redeem himself with difficult catch after difficult catch (including a touchdown on a fade pass) later in the game. The passing game was actually "OK" but it was no better and it got absolutely no help from the run game. The leading rusher on Sunday was Alex Smith. Seriously. It was all on one rush, in which he nearly got decapitated.

3. The penalties on Sunday were absolutely ghastly. There were some unfortunate calls. I would say there was a skew in calls/non-calls that favored Atlanta. The players noticed, and so did Jay Gruden. “I have to look at the tape and if they were legit we have to get them corrected.”

Hint: Gruden thinks many of them were not legit. He’s probably right. However, the lack of discipline and poor decision making by the Redskins is the bigger story. Either the playcalling by Gruden or the decision making by Smith had to be better considering the state of the offensive line. The ball had to consistently be out quickly and instead, the line was literally left holding on for dear life.

Defensively, some key pass interference calls helped extend drives and give Atlanta chunk yards. It’s hard to know without watching the tape exactly where the fault lies for some of this, so I’ll avoid the cliché “this isn’t a well-coached team” pending further review. However, you’re not winning any game with 147 penalty yards and 38-14 is about the right result for 147 penalty yards against a team as good as Atlanta.