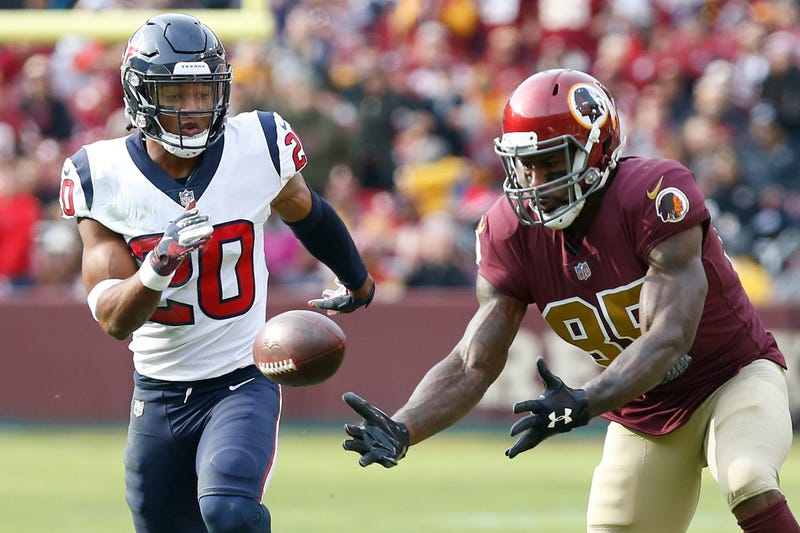 November 18, 2018 11/18/2018 11:28 pm
106.7 The Fan Redskins beat reporter Craig Hoffman was in the press box at FedExField as the Washington Redskins took on the Houston Texans in Week 11 of the season. He combined his observations with post-game interviews to write his top-three takeaways from this week in football:
The Redskins lost 23-21 as Dustin Hopkins last second 62-yard field goal fell about five yards short. Of course, that is just a small part of what happened at FedEx Field on Sunday.

Stat of the day: Adrian Peterson’s two touchdowns on the day moved him past John Riggins into sole possession of 6th on the NFL’s all-time rushing touchdown list.

Quote of the day: “I just probably oughta calm down this week and really focus on my job,” McCoy said ahead of his pending Thursday start in his home state of Texas. “Probably have a lot of family and friends there. But at the end of the day, it’s football, man. I’m excited to play. Again, I hate the circumstance but at the same time, we have a really good football team and I’m excited to go out there and play with them.”