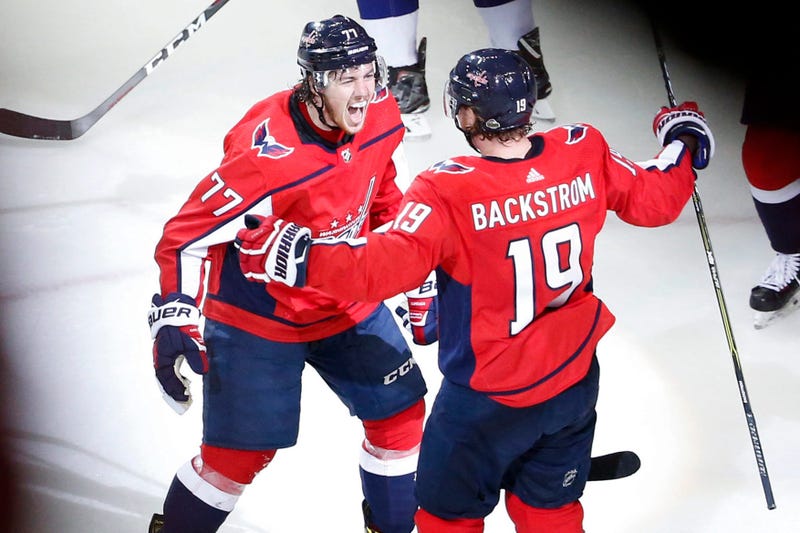 T.J. Oshie is a man of the people, taking the Metro to both home games of the Stanley Cup Finals. It's a great gesture to the thousands of fans who do the same each game and shows nerves of steel to show up on time during rush hour.

After riding the Metro without difficulty on Saturday, his luck ran out on Monday. More specifically, his available funds ran low.

After signing an eight-year, $46 million contract extension last offseason, Oshie came up $0.35 short on his fare. Rules are rules.

@russianmachine Oshie was on the Metro again (Gallery Place). Was short on his farecard. Didn't have 35 cents. OHappily, the Metro staff let him through. #ALLCAPS #StanleyCup pic.twitter.com/dMrQiEQXYI

.@TJOshie77 didn’t have enough money on his Metro Card, so he stopped to refill. #StanleyCup pic.twitter.com/hxFeW7L74n

We've all been there, and it only happens when you have somewhere important to be.

Hopefully, Oshie has enjoyed his experience with Metro during the playoffs, but I bet he would enjoy closing out the series without taking it again, in a possible Game 6. He certainly did his part in securing a Game 4 victory, getting the Caps on the board early in the first period, flashing some fancy footwork and stickwork:

Oshie is the hero that D.C. deserves and the one that it needs right now.

Taking Metro and Scoring a Goal. A day in the life of @TJOshie77. #ALLCAPS pic.twitter.com/uPamYrlqBn