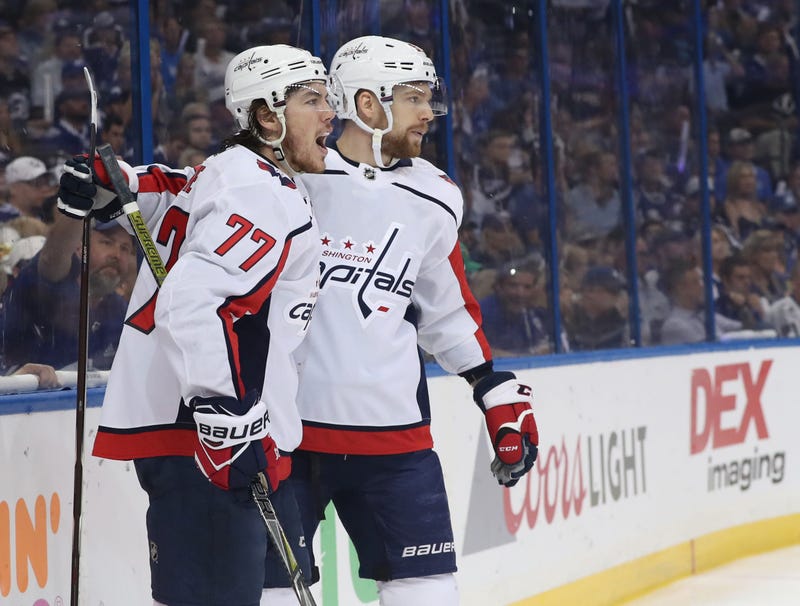 It was a long time coming and awfully sweet when it did.

After the Tampa Bay Lightning went penalty-free for more than 120 minutes, the Washington Capitals finally caught a break in the waning minutes of the second period of a critical Game 6.

Braydon Coburn got two minutes in the box for hooking. Facing elimination in a scoreless game, the Caps needed to...um...capitalize.

Six seconds after, Alex Ovechkin was stoned by Vasilevskiey. Five seconds later, he was stopped again.

The Caps then took some time to regroup, but precious seconds were ticking away. The teams traded shots before T.J. Oshie ripped the shot that shook D.C.:

The wall of noise coming out of Capital One Arena matched the week of angst felt by Caps fans around the region. It was one part sigh of relief, two parts euphoria and a little dash of optimism in a game that the Caps must win in order to extend their season.

After two periods, the Caps hold the lead, 1-0.