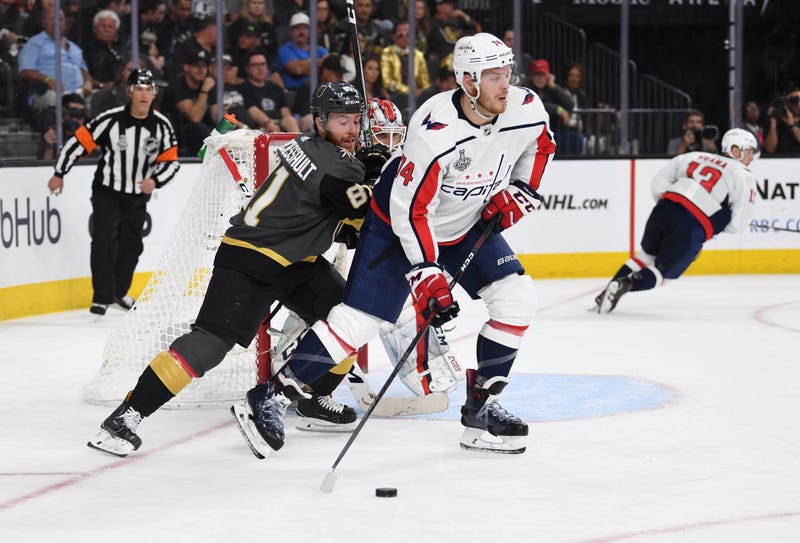 The Washington Capitals showed what they are all about when they really want, desire and need someone. They do not waste time and they’re willing to pay top market value.

That’s exactly what they did Sunday night agreeing to terms with top veteran defenseman John Carlson, retaining the services of their number one blueliner for the next eight years at  $64 million dollars and an average annual value for salary cap purposes of 8.0 million.

"John has been an exceptional and consistent player for our franchise and has blossomed into being one of the top defensement in the NHL," Capitals General Manager Brian MacLellan said in a statement released by the team, confirming the signing of Carlson. "At 28 years of age, we feel he is just entering his prime."

Carlson led the Capitals among defensemen with 68 regular season points (15 goals, 53 assists) by playing in all 82 games. In the Stanley Cup Playoffs, Carlson chipped in 5 goals and 15 assists in 24 games.

"As a right-handed defenseman, John plays in all key situations and has contributed greatly to our team's success on the special teams," MacLellan added. "We are pleased for both parties to have come to an agreement and for him to continue his great career as a Washington Capital."

Carlson will meet with the media on Monday at Kettler Capitals Iceplex. It will be interesting to hear his reaction to staying in his only NHL home and more importantly, what he thinks of Barry Trotz leaving and the very likely possibility that Todd Reirden will be the Capitals next head coach.