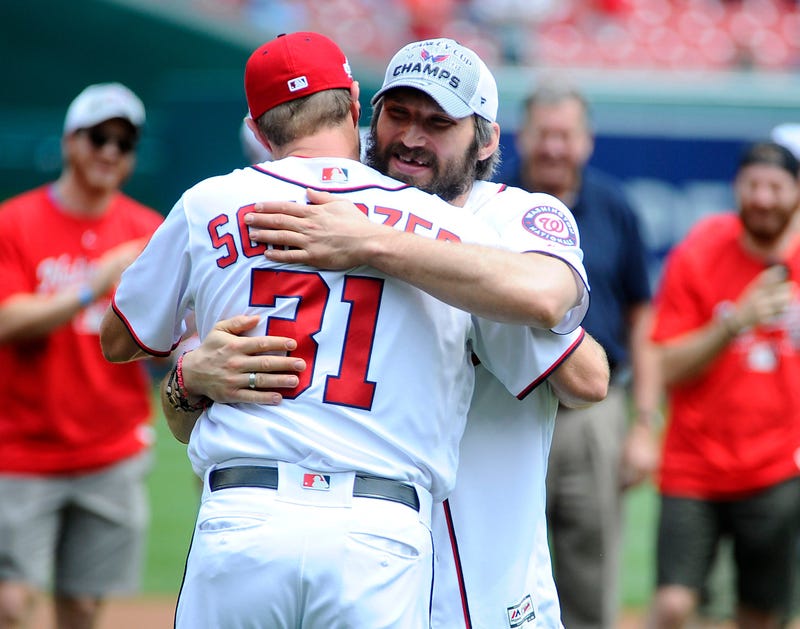 The Washington Capitals started their postseason defense of the Stanley Cup on Thursday evening and some of D.C.'s biggest sports stars came out in support.

Nationals veterans Max Scherzer and Ryan Zimmerman, who went all in on the team last year, were back in attendance as the Nats enjoyed a night off:

They were joined by teammate Adam Eaton, who is enjoying another strong start to the season. He was selected as the Fan of the Game and given the honor of leading the crowd in a "Let's Go Caps" chant before puck drop. He brought the enthusiasm:

Elsewhere in the Capital One Arena, Washington Wizards stars Bradley Beal and John Wall enjoyed the offseason while taking in the Caps, with whom he shares a home arena:

Even the Washington Redskins and D.C. United put out official videos wishing the Caps luck as they embark on the postseason pursuit:

Their quest for #Back2Back Stanley Cups starts tonight! We are behind you all the way, @Capitals! Take it to those jerks tonight! ------#DCU | #ALLCAPS | #StanleyCupPlayoffs pic.twitter.com/YHn6LQIMAA

Whether or not players in a city should support the other teams in a city is a matter of debate that will likely not be solved today. But it never hurts to celebrate the success that the Caps have had, and hope that some of it rubs off on pretty much any other D.C. team.