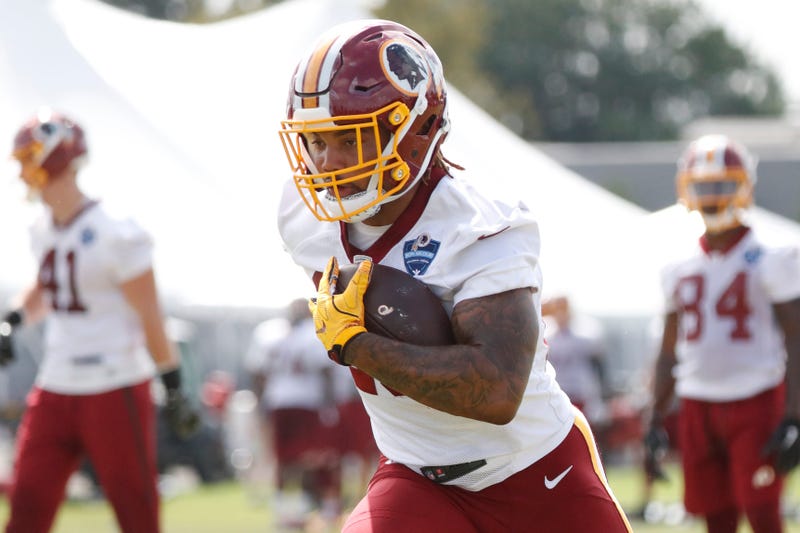 Derrius Guice went into his first NFL preseason game with perhaps as much fan anticipation as any player since 2012.

In his first big play, he did not disappoint, ripping off a 34-yard scamper from midfield into the red zone:

#Redskins RB Derrius Guice shaking off defenders and taking a few for a ride. pic.twitter.com/TlyEPVg6fD

End zone angle of the Guice run, at least what was shown of it on the Pats broadcast pic.twitter.com/anepFTR8mP

Then, the universe evened itself out, leveling Guice with a knee injury:

NOT what #Redskins fans want to see. Derrius Guice being looked at by team trainers following a long run negated by penalty.#HTTR #WASvsNEhttps://t.co/bcg345ppnk pic.twitter.com/sG9hlYa8yy

After evaluation, he stayed on the sideline with his knee wrapped. Given his value to the team, he will not be seeing the field again tonight, at the very least.

Norman sits next to Guice and chats him up. Keeping up the comradarie they've showed in training camp. #Redskins pic.twitter.com/kWdAfpBTTX

The Redskins have yet to update his status and are unlikely to have a real feeling for his status until after the team returns to Richmond and has a full evaluation. While this could hold him out of future preseason action, hopefully it will leave him ready to roll in Week 1 of the regular season.