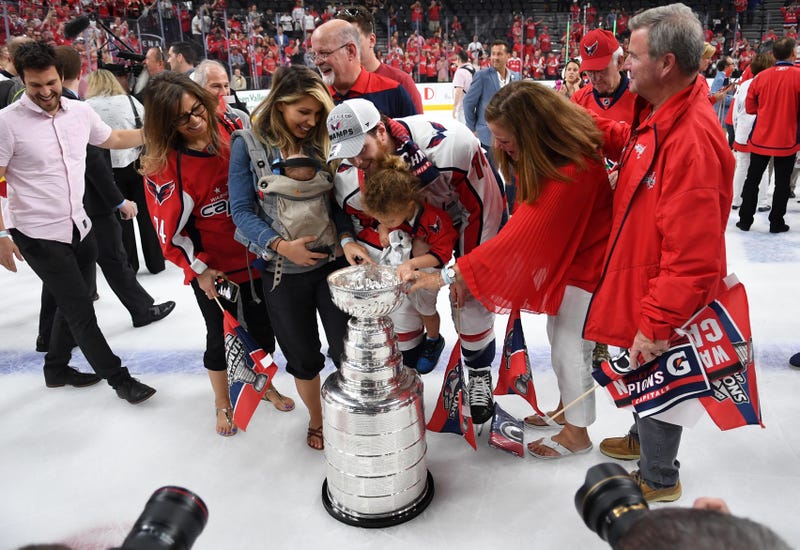 If there was any question of whether the Washington Capitals made the right move in re-signing John Carlson, he showed why he's more than just a talented two-way defender.

He's also a world-class human being.

In the condensed schedule between the end of the Stanley Cup Finals and the start of the following training camp, players and front office staff only get one day to celebrate with the Stanley Cup.

In a sport as geographically diverse as the NHL, that involves flying the Cup all over the world, including multiple days in Russia and northern Europe.

Once the schedule became finalized, it was obvious that the Cup would likely only spend one day in D.C. in the arms of Carlson.

Carlson and his family visited the Bethesda Fire Department, Children's National Medical Center, and an event for Michael Mosier Defeat DIPG® Foundation that raised more than $100,000.

The Caps cut together a great video of the most charitable day that the Stanley Cup has had in recent memory:

Stanley Caps | @JohnCarlson74 spent his day with the #StanleyCup right here in his new hometown of Washington, D.C. where he'll be for 8 more years visiting firemen, a hospital and raising money to @DefeatDIPG. #ALLCAPS pic.twitter.com/Alv2qM2wUH