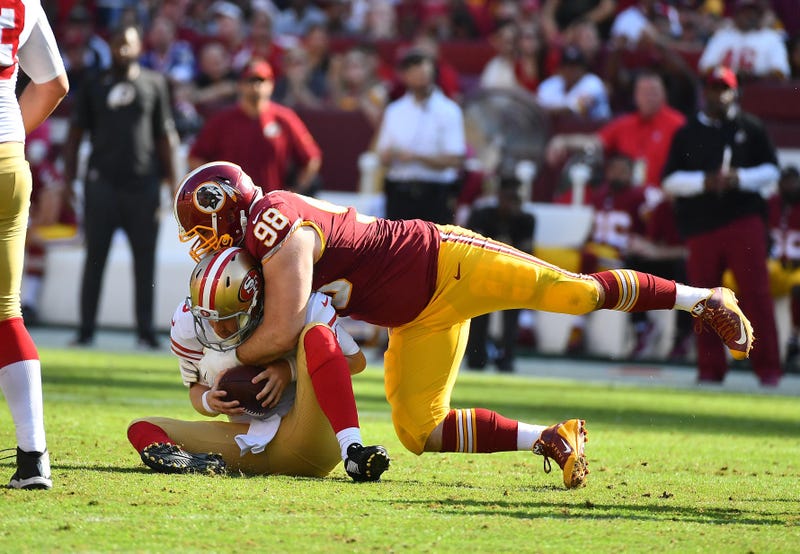 Matt Ioannidis was one of the breakout stars of the Washington Redskins' 2017 season, starting 10 of 14 games and collecting 4.5 sacks from the defensive tackle position.

Matt Ioannidis is strong as hell. Bull rushes the RT back into the QB's lap, then gets the sack as the QB steps up. Almost Kerrigan-esc pic.twitter.com/DIuBFS3POK

More importantly, he unveiled a new sack dance, known more commonly as the floss, or flossing. The dance has been around for several years, but has taken on a certain mainstream appeal after it was featured as a victory dance in the game Fortnite. Keep in mind, Ioaniddis is listed at 305 pounds:

Yes? No? Who cares, it was a nice play. #httr pic.twitter.com/OtwU569elA

But then, illustrating the inherent danger of exhibition football, Ioannidis got his leg twisted underneath him on a play along the line of scrimmage:

The good news is that he was able to walk off the field under his own power. After being inspected by the team's medical staff, he returned to the bench without applying ice to his leg.

His status has yet to be updated, but obviously, he will not return to the game. His status may also not be fully known until the team returns to Richmond.