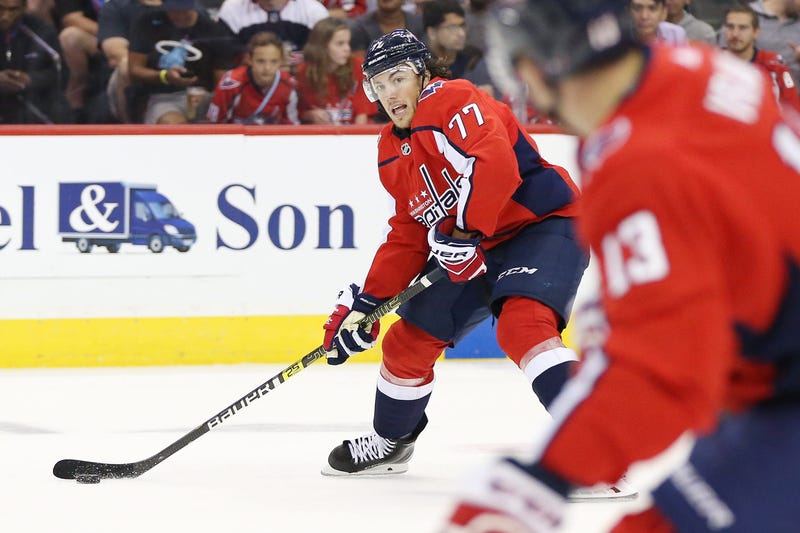 The Washington Capitals haven't played a consequential game of hockey in months, and a lot of very distracting things have happened since.

First was an amazing Stanley Cup championship, a feeling that every player strives for, but few on the Caps had ever experienced.

Then came the partying, which took the Cup and the Caps all over the region with fountain swims, charity work, and lots (and lots) of alcohol.

Then there was the sobering effect of losing coach Barry Trotz and Jay Beagle. This messes with chemistry, which was so finely tuned in the playoffs.

Throw in a whole host of personal developments, like the birth of Alex Ovechkin's first child, and you would understand why the fire might have died down during the offseason.

Not so for these Caps, who made it through the ceremony of Banner Night and the home opener before taking it to the Boston Bruins in the first period.

T.J. Oshie got first blood, banging in a shot on the first shift:

In the second minute of the game, with the top line back in the game, Evgeny Kuznetsov sniped one in:

Speaking to NBC Sports Network midway through the first period, new head coach Todd Reirden was all smiles, saying that he told his team to set the tone early.

Two goals in the first 110 seconds of the season has to feel pretty close to what he imagined.