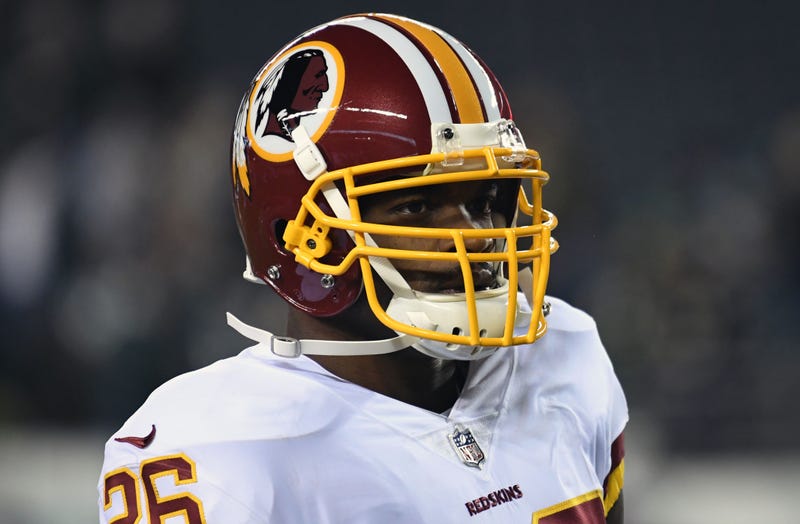 Subtract his first run of the night (for negative two yards) and Adrian Peterson might have ended the game with exactly 100 yards.

Subtract his fourth run of the night (for 90 yards) and Peterson might have finished with eight total yards on eight attempts, his second-worst output of the season.

That's football, where every play counts and any run could go the distance. It's just bizarre and regularly historic how it happens with Peterson.

ALSO READ: Adrian Peterson Rips Off Record-Breaking Run
According to Bleacher Report's Brad Gagnon, Peterson is the first NFL player in a long time to have a 90-yard rush in a game and still not eclipse 100 yards in the contest:

Adrian Peterson is the first player this century to fail to rush for 100 yards despite gaining 90+ yards on one run.

Peterson has been a dream for the Redskins, carrying them at times and providing far more than his veteran minimum salary suggests. He now has 192 carries on the season and 856 yards on the ground.

As early as next week, Peterson could eclipse 200 carries in a season and reach the 1,000-yard threshold, both for the first time since 2015.

Standing in his way is a litany of injuries on offense, including quarterbacks Alex Smith and Colt McCoy (who could stretch the defense) and injuries up and down the offensive line. Look for Peterson to continue to get his opportunities, but the road gets tougher from here.