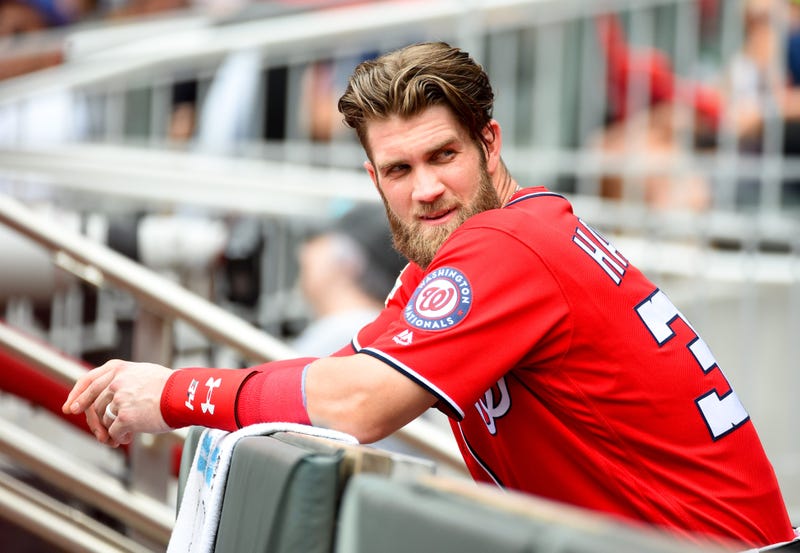 Bryce Harper is a generational baseball talent who remains unsigned as the calendar turns to February. This alone makes for a strange hot stove season.

But the strange became bizarre on Tuesday, as police departments in cities around the U.S. began tweeting their best sales pitch to Harper to become a cop.

It started in Philadelphia, where false rumors were certain he would announce a deal with the Phillies. He did not, but the Philly Police pitched him on a career change:

The rumors are true*: Bryce Harper* is coming to Philadelphia [police>*. It's a multi-year deal worth $51,245 per year to start, with a city option to increase annually. Please refer all questions regarding Manny Machado to @PhillyFireDept . (*not actually true.) pic.twitter.com/enXKtKLMft

D.C. Metro Police responded with a Photoshop job of their own:

Heck, even the St. Louis County PD explored their Adobe suite to show Bryce Harper signing on with them:

Hold on with that "verbal agreement," @PhillyPolice . Turns out @Bharper3407 didn't value Kris Bryant's opinion. Our deal with him is on paper w/ starting pay at $52,208, benefits, and great career opportunities. You can join our team too by visiting: https://t.co/QKarOSruUW. pic.twitter.com/yL5OvV9C43

It's a wacky bit, no question. But if it helps these police departments do some sly career marketing to the masses, who are we to judge?

At this rate, hopefully, someone signs Harper before Opening Day.