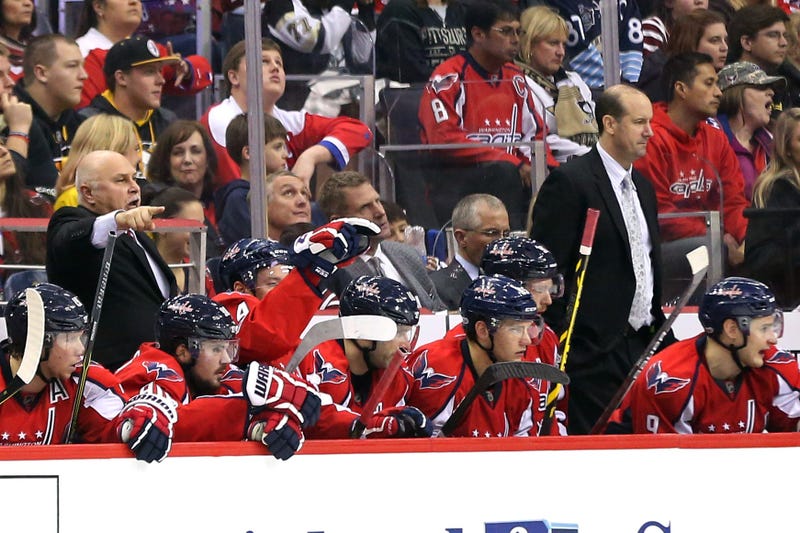 When the Washington Capitals chose to extend some of Barry Trotz's coaching staff but not the bench boss last offseason, the writing was on the wall that he could leave after the season.

Once the Caps secured the Stanley Cup, both sides expressed interest in getting a deal done.

It seemed like an inevitability until it wasn't. But even in the hours before news broke of Trotz's resignation, it still boggled the mind of the man who would be tapped to replace him. New Caps coach Todd Reirden shared his recollections with The Sports Junkies on 106.7 The Fan.

EB: "So were you not surprised then when they weren't able to come to terms?"

Reirden: "Yeah, for sure. When we won, I heard his comments and the organization's comments after, I was shocked. I was shocked. I found out probably two hours before the rest of the public found out, that he had resigned. That was the first knowledge that I had of him leaving. I knew that there were going to be some complications, but I didn't think it would ever come to this."

What came of the situation was the opportunity that Reirden had coached his whole life for, and indeed, one that Washington had groomed him for during pretty much the duration of his time with the Capitals. But the news still came as a shock.

"To say that I was prepared for it, to hear the news, that I was not," Reirden said.

Reirden pulled double duty on The Fan on Thursday, also jumping on with CDVTW in the afternoon.

Chad Dukes walked through the defensive strategy with Reirden, but also focused on the pressure of facing back-to-back expectations for the Stanley Cup.

"I'm not going to try to put it any other way: it's going to be a unique experience. It's not something that doesn't happen very often, where you win the Stanley Cup and there's a change at the head coach," Reirden reasoned. "It's definitely a unique experience but I think our players, because of the adversity that they had to go through--some of them for 10-12 years here with the Washington Capitals--the battles that they've had to go through on a year-in, year-out basis and not have the results that they wanted to have has really made what they were able to achieve that much sweeter.

"I think in just my early talks this summer, since taking over as the head coach, they certainly like the taste of winning. Now that they have a tangible feel of what it really takes to make it to the top of the mountain, it's something that they'll be able to use as motivation going forward.

"It's not an easy task trying to repeat as Stanley Cup Champs, but I tell you what: I don't want to trade places with anybody. It's an exciting time."