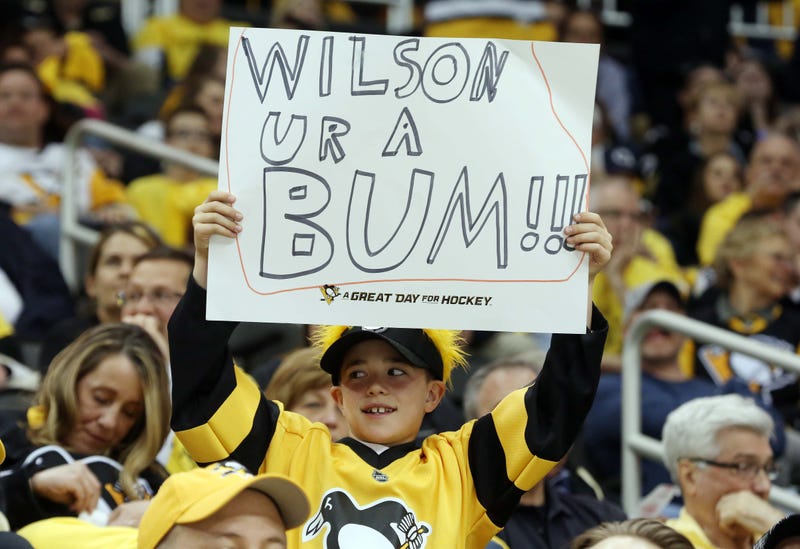 The Washington Capitals once again proved that while "home is where the heart is," the road is where your warrior spirit and mentality is at.

Simply, they have become road warriors. Like the old professional wrestling tag-team, Animal and Hawk, they are a destructive force when playing away from their home digs.

The Caps took a commanding (2-0) lead in the best-of-seven Eastern Conference Finals Sunday night at Amalie Arena in Tampa, as they torched the Tampa Bay Lightning for a second consecutive game, 6-2.

Barry Trotz’ troops are now (7-1) in the Stanley Cup Playoffs in 2018 and dating back to last year’s playoff run is (11-3) away from Capital One Arena in the postseason.

Evgeny Kuznetsov, who was fabulous again on Sunday night (goal, two assists) said it best last Wednesday before the series started when he was asked about not having home-ice advantage for the first time in several seasons.

“When we start at home, I don’t feel anything,” Kuznetsov mentioned. “I personally love playing more on the road.”

Beautiful work from Kuzy to Ovi on the 2-on-1. #ALLCAPS pic.twitter.com/5S6IfIE9AW

The Caps seem to have adopted that mentality as well. They were down (0-2) at home to the Columbus Blue Jackets with their season on life support, before winning a double-overtime game in Ohio to spur a four-game win streak to close the series out, including three of the wins on the road.

Washington was down (0-1) to the Penguins, dropping a game at home that they had no business losing and after tying the series up, went on the road to win a pivotal game three and a close-out Game 6 to dethrone the two-time defending Stanley Cup Champs.

On Friday and Sunday night, they pounced on Tampa early and won both games without their best all-around player, Nick Backstrom.

The most impressive part of Sunday night’s win against a more desperate Tampa Bay Lightning team?

Two very shaky penalty situations called against the Caps, both cashed in on the power-play by the Bolts and a 2-1 deficit that could have turned ugly real fast for Washington. It would have been so easy for them to fold like a cheap suit and go back home.

Instead – they steadied the ship, got a few shots on goal and despite going shot-less over the final 5:50 of the first period, they were able to gather themselves and quickly tie up the game at 2-2 on a Devante Smith-Pelly 2-on-1 goal. Smith-Pelly was our Capitals' X-factor before the series.

The Lightning had a huge advantage at the other end (a 4-on-2 advantage essentially) but turned the puck over, which fueled the break by Alex Chiasson and Smith-Pelly who beat Andrei Vasilevskiy who correctly over-committed to the pass and shot, while D.S.P. went to the opposite side.

Such a smart shot and thought process. It paid off for the Caps and it was off to the races from that point.

The other huge sequence was back to back goals in the final minute of the second period from Lars Eller, his fifth of the playoffs and Kuznetsov, his eighth, with :03 left in the period on the power play.

The Caps turned a 2-2 game into a 4-2 lead they would never relinquish and once again, scored in the final seconds of a period, as they did Friday night in game one.

Now all they have to do is win two more times in the next five games. Easier said than done but the Caps are building something special.