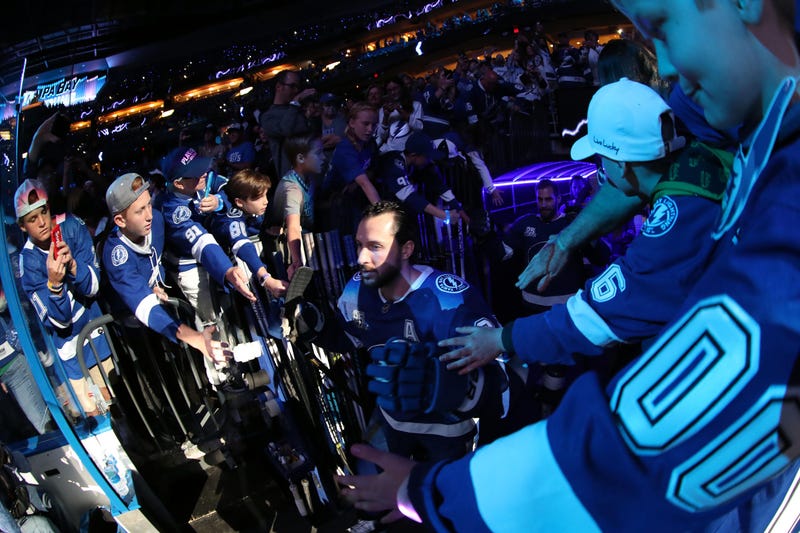 The Tampa Bay Lightning finished the regular season with the most points (113) in the Eastern Conference.

They cruised through the first two rounds of the playoffs in five games apiece, winning eight of 10.

It's understandable that the fans had grown accustomed to winning. But putting those expectations into action can make you come off...not well.

As a media outlet named after fans, we try not to judge someone else's fans. But we do make exceptions, and the Tampa Lightning fans earned it on Sunday night.

The Caps made the game uncompetitive for the second time in as many games and have put the Lightning at long odds of a series comeback.

In order to even force a Game 5 and return the series to Tampa, the Lightning will have to win one on the road in Washington, D.C.

Given that the Caps are just 3-3 at home during the playoffs, this is a reasonable possibility. Tampa could even bring the series back to even and come home with series momentum.

But they also could lose twice in D.C. and give the Caps a series sweep. If that happens, then Sunday will be the last that Tampa fans saw of the Lightning this season, on home ice.

And as the Caps marched away with Game 2, Lightning fans walked away in disgust.

Here was a taste of the desertion:

Thanks for coming out Lightning fans. Enjoy the traffic jam (and the despair) on your way home. -- #ALLCAPSCC: @funnydanny @granthpaulsen pic.twitter.com/WTgcHX81mI

A little less than 10 minutes,Bolts down by 3 and there is a mass exodus. Shame on you Lightning Fans. pic.twitter.com/v71d4pkhJJ

-- , Lightning fans.This is what you get for dress codes, @TBLightning. pic.twitter.com/zplEA3er37

There are any number of reasons to be tempted to leave a game early. But even in the disappointment of the moment, it's hard to justify actually walking out. Remember:

1. Tickets to the playoffs are not cheap. So-called upper-level balcony seats were more than $100 in the second round of the playoffs.

2. Traffic sucks whether you leave now or later. Especially if you look around and everyone else is leaving too, then you get a jump start on no one.

3. What if your team comes back to win? Stranger things have happened, and you might have to admit to someone that you bailed early.

No matter how hard it is to stay and face the blowout, it will always be worth it to stay. Even when it hurts.
Follow Brian Tinsman and 106.7 The Fan on Twitter.